by Lewis Smith
in ONE Championship
36

On the 18th of May 2018, ONE Championship hosted its showcase event, ‘Unstoppable Dreams’ at the Indoor Arena, Singapore. 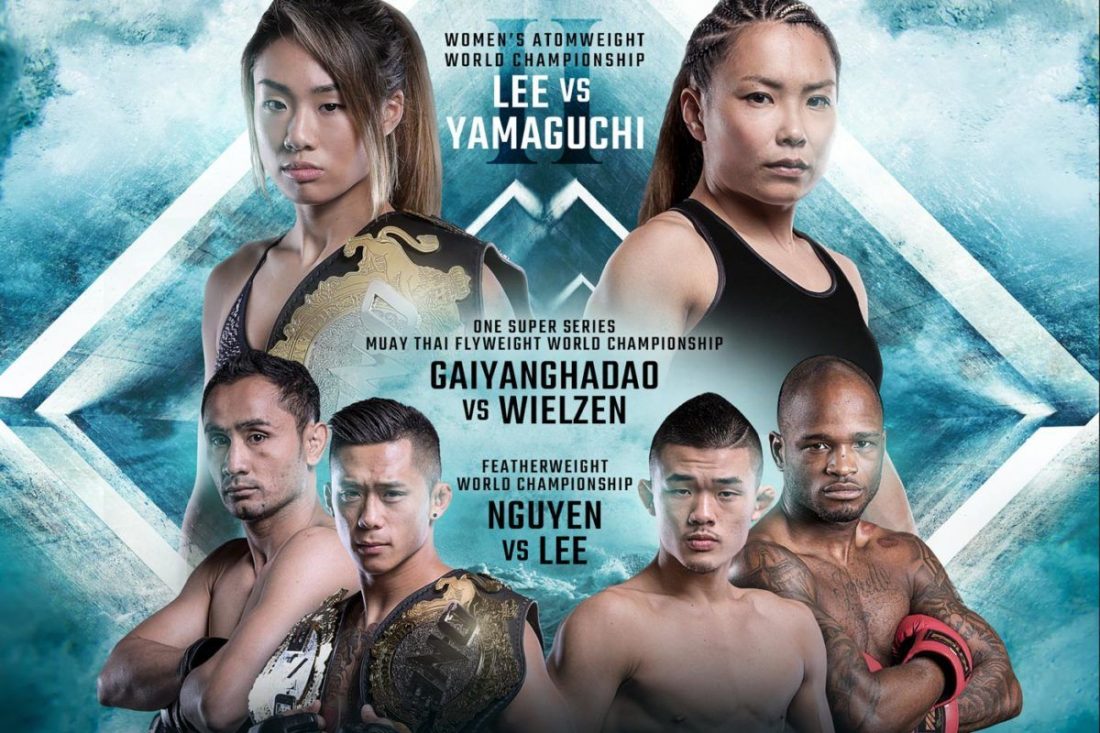 The stacked card would be headlined by Atomweight Champion Angela Lee, in her 2016 fight of the year rematch with Mei Yamaguchi – alongside two other title bouts. I made the journey to South East Asia to cover the event and see what ONE Championship was all about. 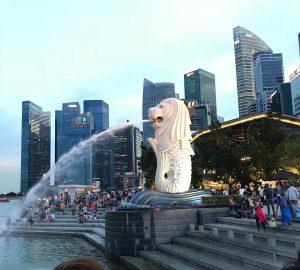 Situated at the tip of the Malaysian peninsula, Singapore is one of the most beautiful cities I have ever visited. A clean and friendly country that hosts one of the most diverse populations on the planet, it is an ideal venue for fighting and other major events. Now, as the home of ONE Championship – one of the fastest growing franchises in the world – it is quickly becoming a Mecca for martial arts in Asia.

So where does ONE stand among other MMA organisations?

Under founder and CEO Chatri Sityodtong, ONE is a company on the up. It is a company driven by principles, that combine the excitement of combat sports mixed with deep-rooted Asian values. If you have only ever been to western MMA shows such as UFC or Bellator it is a very different experience.

ONE championship has a style all of its own, and an authentic approach when it comes to storytelling. There is a strong emphasis on production value here, and everything from the press conference right up to the fights has a unique and special feel to it. One of my favourite things on the night was the fighters entrances.

Lights, fireworks, and music blasting from giant screens as fighters make the walk to the cage. Some might say it’s a bit much, but this assault on the senses really adds an element of theatre to the evening. In short, Asia knows how to put on a show.

Heading into the Singapore Indoor Arena, I was greeted with a real sense of energy from the crowd. Given Asia is the birthplace of martial arts, it came as no surprise to see such an intense atmosphere created by the spectators, particularly with home fighters on the card. 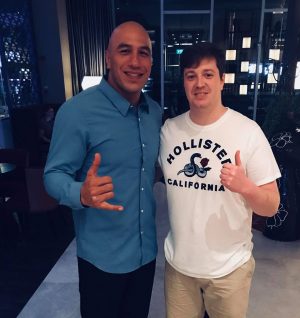 Around the arena, I was lucky enough to bump into UFC legend Rich Franklin, as well as current ONE heavyweight champion Brandon Vera. Olympian, Michael Phelps was also in attendance as a special guest and was awarding belts to the champions… Oh, and don’t forget the ONE Championship ring girls. 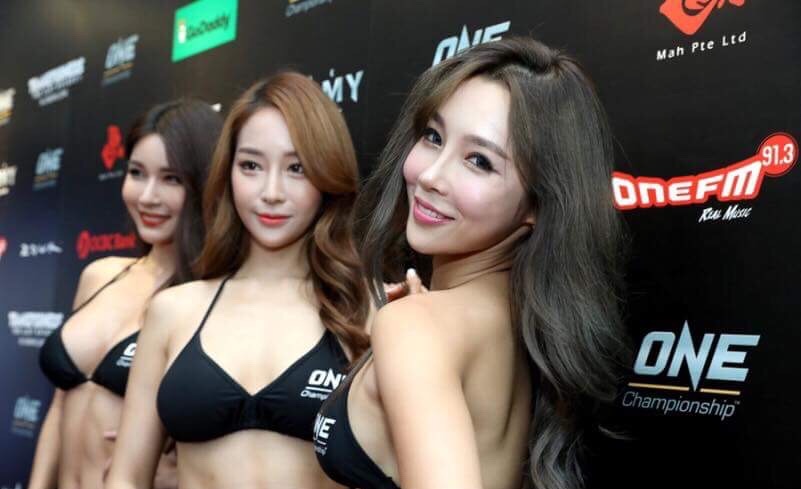 In the first title fight of the evening Christian Lee – brother of Angela Lee – took on double champ Martin Nguyen for his featherweight belt. It was a tentative start from both fighters, drawing a number of boos from the demanding crowd. I personally had Lee taking the early rounds, though a yellow card from the ref seemed to spur the champion Nguyen into action. Suddenly he began to find his range and started catching Lee with the crisp counter punches he is known for. Remember, fights here are scored as a whole and not on a round by round basis. While it was a close match up, given the damage was done by Nguyen in the second half of the fight I felt it was a clear victory for him in the end. 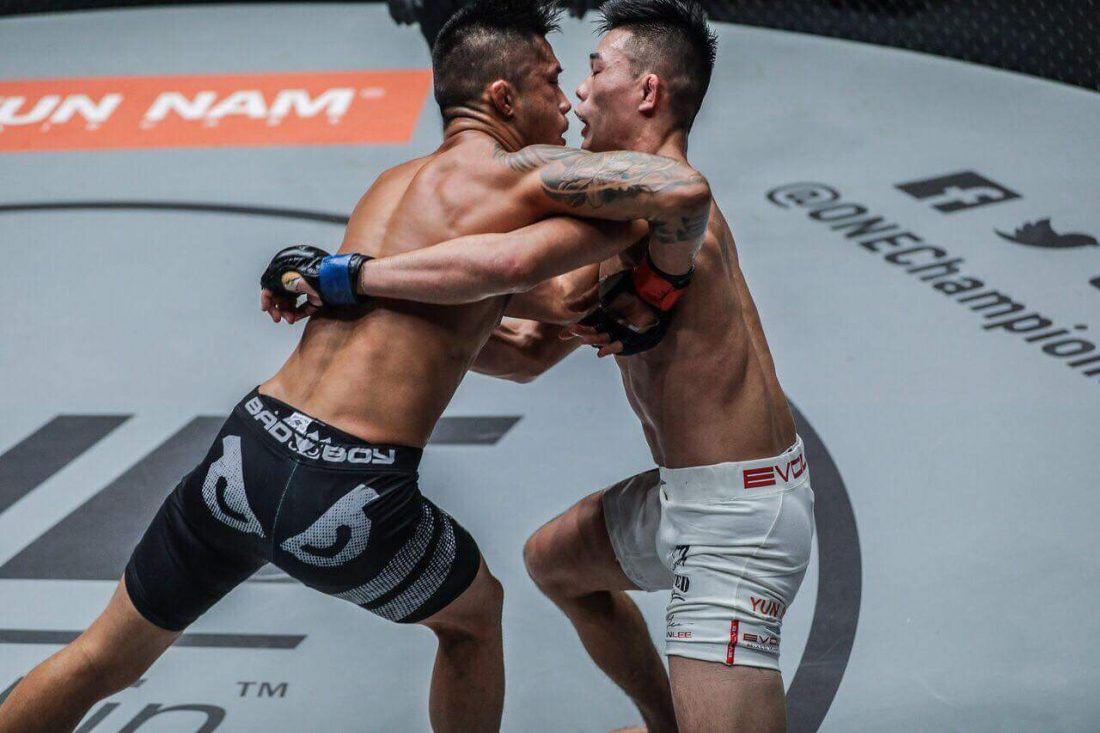 Next up was the ONE Muay Thai Super Series featherweight championship between Sam-A Gaiyanghadao and Sergio Wielzen. First things first, when I heard the card would be featuring several Muay Thai bouts, in the cage with MMA gloves, I was sceptical of its inclusion. However, I am happy to admit when I’m wrong. This was one of the most remarkably exciting things I have ever witnessed due to the next level striking on display. The fight concluded with Sam-A Gaiyanghadao winning the belt via KO, with the most vicious elbow I have ever seen.

A special mention also goes out to Shinya Aoki, the grappling legend from Japan, who picked up a win by triangle choke. As a long time fan, it was a true honour to see the crafty veteran at work.

In the main event of the evening, Angela Lee took on a fierce competitor in Mei Yamaguchi. If their first match was anything to go by we knew this would be a back and forth battle that could end up going either way. What we got did not disappoint. 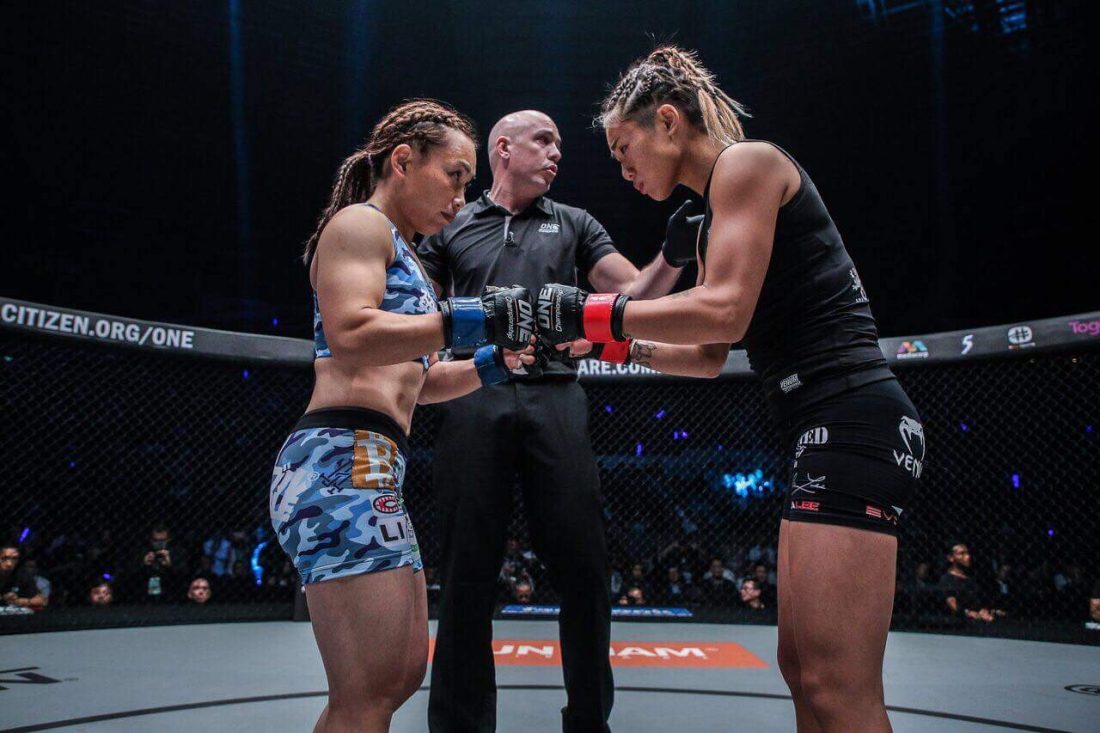 Lee was dominant in the early rounds, picking Mei apart with shots from range and landing some solid takedowns. It was looking to be a shutout after the 3rd round, but Mei was far from finished. The Japanese slugger sprang to life in the 4th and 5th, dropping Angela to the canvas and landing some heavy ground and pound from the top.

It couldn’t have been any closer. When the decision was read many in the crowd felt Yamaguchi had done enough for the win. It was Lee however who retained her belt with a unanimous decision from the judges. That said with both athletes putting on such a gutsy performance there were no real losers in this contest. I look forward to seeing them both back in the cage soon. 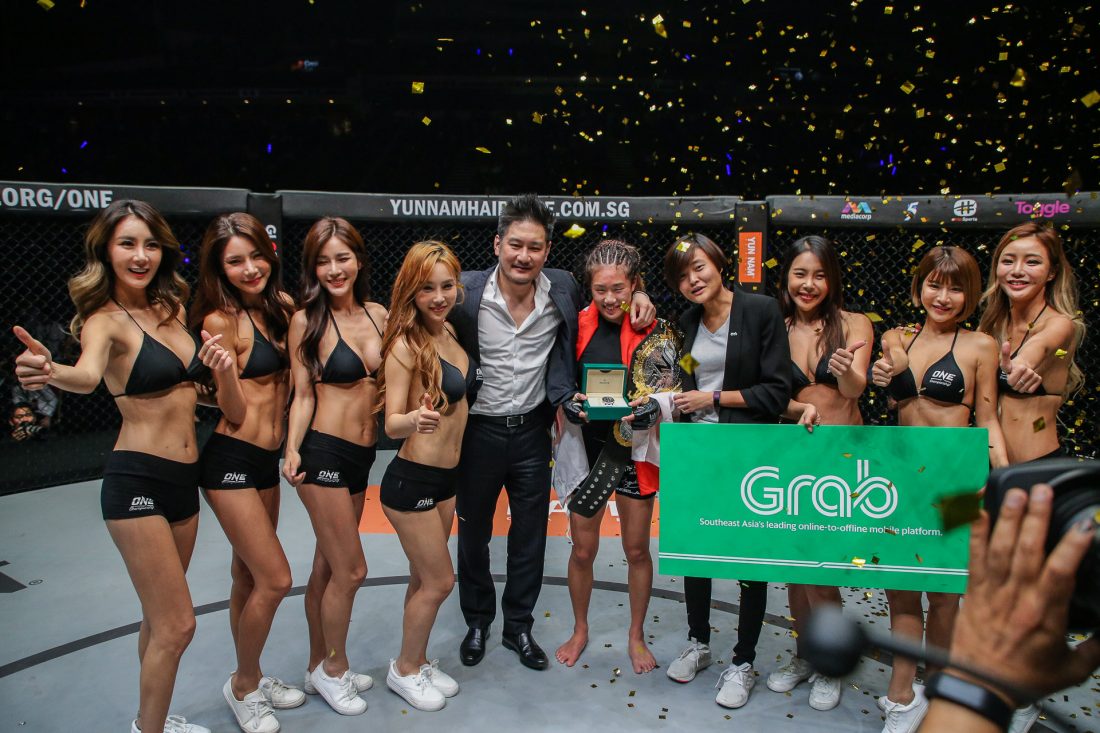 Overall my time with ONE Championship was very enjoyable. For MMA fans looking to experience a new culture as well as some world class fights, I would highly recommend making the trip.

ONE Championship will return on the 16th of June from Beijing, China.