Polaris 8 comes to Cardiff on December 9th, in an event that sees some of Britain’s best talent mix it with the top grapplers in the world. 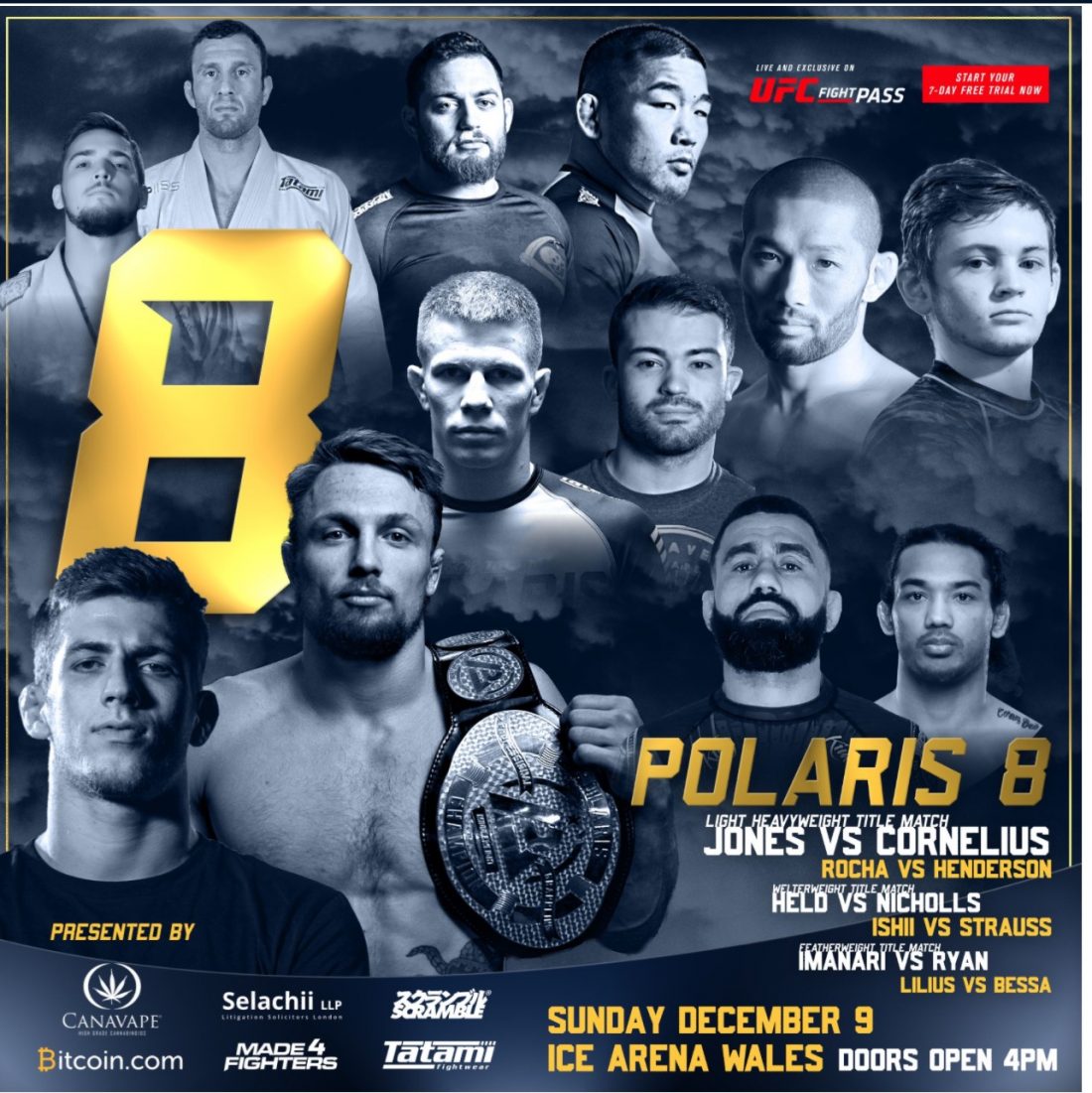 The card, headlined by Keenan Cornelius vs Craig Jones will see no less than three title matches take place on a night that also features a host of UFC and Bellator stars.

Among the competitors, Tillery Combat’s Ashley Amos prepares to make his debut for the world leading professional Jiu Jitsu promotion, at the Cardiff Ice Arena – But what does this opportunity mean to Amos, and how could events such as these help promote the sport of grappling across Wales? 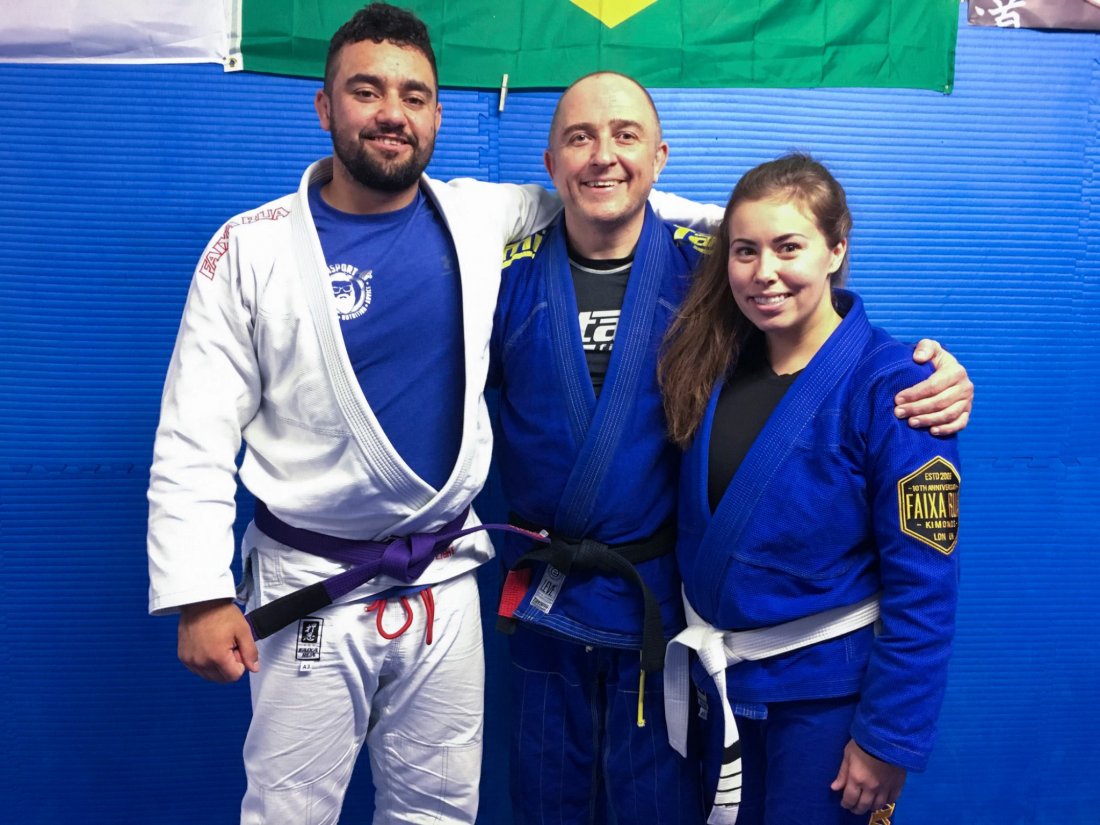 “It’s probably the biggest grappling show in the world so I was made up when Richard Shore asked me if I’d like to fight on Polaris,” said Amos. “It’s massive for me, and a show I’ve always wanted to be on. I was supposed to fight in the Cage Warriors Grand Prix but then our baby came along and I had to pull out. I was a bit down because I wanted to win that, but when Polaris came calling I was just made up.”

Five times British champ Amos will head into the match with a great deal of confidence, after seeing off former Cage Warriors Champion Lee Chadwick earlier in the year via armbar. He is sure to be met with stiff opposition however when he comes face to face with Shane Price at this prestigious event.

“I’ve known Shane since I started competing, and he’s a nice bloke. He’s a belt above me and a weight below, but that’s why I love Polaris. People who wouldn’t normally compete can get put together in a super match. My prediction? A submission win for me obviously, either by guillotine or leg lock.” 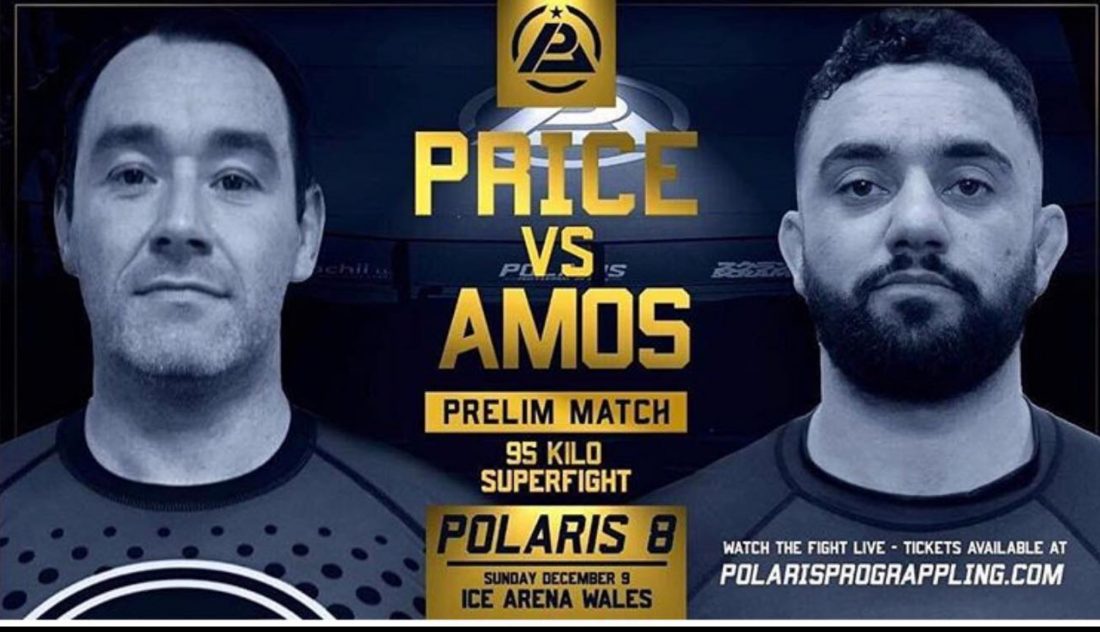 The show that features stars such as Benson Henderson, Brett Johns, and grappling standout Nicky Ryan, comes just a day after Cage Warriors 100 at the same venue. With such a hype for both events surrounding the Welsh capital now, there’s almost certain to be a boost for the grappling community right across Wales.

“I like that we have this platform now,” said Amos. “I feel like it’s definitely opening doors for kids who are coming through in my gym, so they can make a living and a name for themselves through grappling alone.”

Polaris 8 takes place on Sunday, December 9th at the Cardiff Ice Arena. Check out the full fight card below.