Lito “Thunder Kid” Adiwang is competing on the biggest stage in his career on October 13 at ONE: CENTURY PART 1 where his first test will be against Senzo Ikeda.

Making sure that he is well prepared for his performance at the iconic Ryōgoku Kokugikan in Tokyo, Adiwang studied the Japanese Pancrase Flyweight World Champion so he won’t be caught off guard on event night.

“One thing I know about Senzo [Ikeda] is that he is a well-rounded athlete,” Adiwang said.

“He has the reach and height advantage that I have to watch out. He also has more experience competing than I do, and he is also a world champion, so he is going to be a tough opponent for me.”

Ikeda recently competed in the ONE Flyweight World Grand Prix Quarterfinals at ONE: A NEW ERA and was eliminated by Danny “The King” Kingad by unanimous decision. The Japanese athlete stepped down a weight class for this match to welcome the Filipino to ONE Championship. 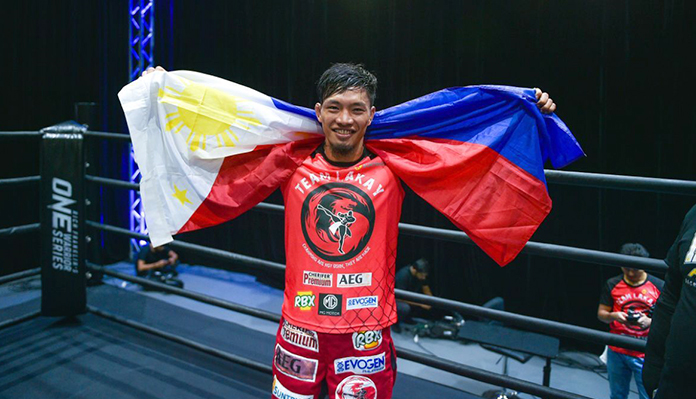 Ikeda and Kingad went toe-to-toe for three whole rounds of non-stop action. No matter how many punches “The King” landed, the Pancrase striker refused to be stopped. On top of that, the Tokyo native showcased his boxing and grappling skills.

The “Thunder Kid” and the rest of Team Lakay watched the film of his opponent’s last bout to identify the areas he needs to keep an eye out for.

“Senzo’s greatest strength would have to be his boxing and ground defence,” Adiwang said.

“His punches can hurt and knock me out anytime, and he was able to move around the mat to escape submissions. Senzo’s ability to take shots and continue fighting may be a problem. I guess I have to hit harder.” 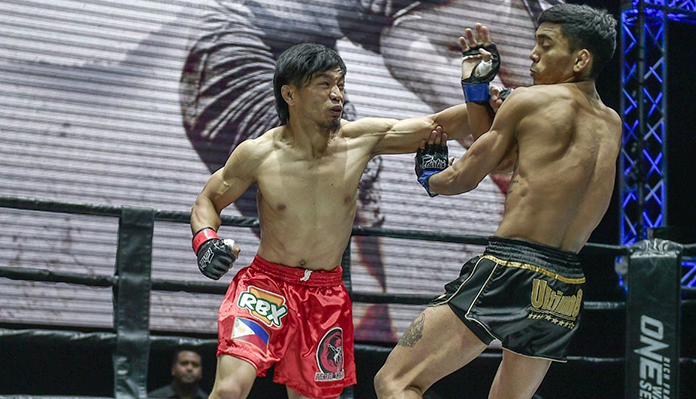 Adiwang’s plate is full. To have his debut in the most significant event in martial arts history against an opponent in his hometown is a tall order. The advice he received from Team Lakay head coach Mark Sangiao was to prepare well, focus on the task at hand, and give the best performance of his career.

To make his ONE Championship debut on a grand stage against an opponent competing in his home town is a daunting task, but Adiwang is up to the challenge.

“I have my work cut out for me,” Adiwang concluded.

“Coach Mark told me to prepare and train harder than I have in my entire career. I am not going to underestimate him. With his skills and the crowd cheering him on, the odds are against me. I need to focus on the match and do my best to win.”