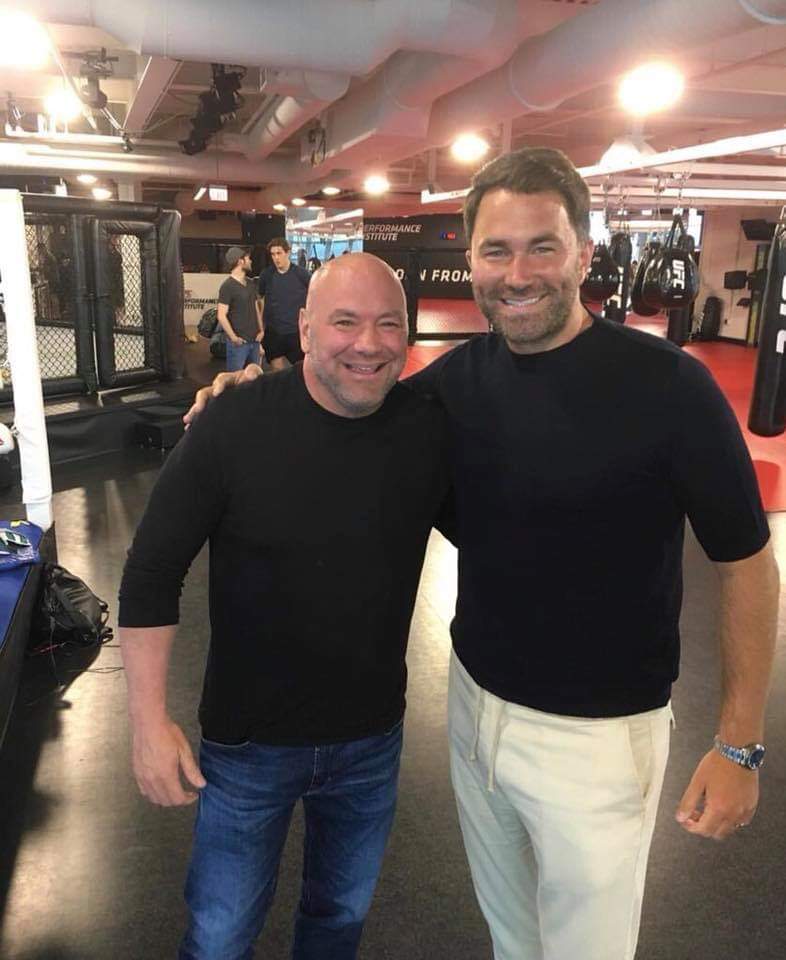 Dana White has had a long-running feud with boxing’s Oscar De La Hoya. It wasn’t always this way.

It seems it won’t be long until White is competing with the Golden Boy supremo in the boxing world. White has long been rumoured to be ready to purchase PBC, a rival to Golden Boy Promotions. PBC currently promote two heavyweight world champions, Deontay Wilder and Andy Ruiz Jr.

“Nobody is going to accuse Oscar De La Hoya of being the brightest bulb on the porch,” White told Sirius XM Fight Nation. “But let me kinda explain ‘cos I know this is a boxing radio show, boxing guys get crazy when you start attacking their heroes.

“So me and Oscar used to be cool, right. He’d have these fights and I would literally promote his fights on my social media and I would obviously watch the fights and stuff like that. Then, we do Mayweather versus McGregor and this guy starts going out pleading with boxing fans not to watch it. I mean who does that? Just a real scumbag move. Then, as soon as the fights over he says he wants to fight McGregor next. So the Mayweather versus McGregor was horrible for boxing but him fighting McGregor isn’t? Give me a break.”

“Then he’s going to promote an MMA fight, good luck to him, anybody who wants to try and get into MMA good luck to you,” White said. “But then he says ‘we’re going to treat the athletes the way they should be treated – the UFC doesn’t.’ He has a press conference, goes up on stage and he doesn’t even know any of the fighters’ names.

“Then the show is a complete disaster and flopped. After that, he comes out and starts lying, trying to say that it was very successful on digital. I mean I could just go on for days and days about what an absolute douche this guy is. It’s so crazy because when I go out there this guy’s been caught out lying multiple times and all this other stuff and everything he says ends up being wrong, everything that I said was right.

“People just don’t want to chat s*** about Oscar except for me. ‘Well you have to respect his er…’ well I don’t have to respect anything from this guy anymore. The stuff that you respected from Oscar De La Hoya was 10 years ago, okay? That was ancient history.