Jon Jones Vs Dominick Reyes: Who Are The Fighters

The date has been set for the UFC Light Heavyweight title clash between the champion Jon Jones and Dominick Reyes and that date is for UFC 247 February 8th. Jon the champion has just defeated the highly talented fighter in Thiago Santos in a controversial split decision win at UFC 239. On the other hand, Dominick Reyes has just defeated the former middleweight champion Chris Weidman who he earned a first-round knockout victory against.

Jones who is widely regarded as the greatest fighter to have ever stepped in the octagon has earned famous victories over the likes of Lyoto Machida, Rampage Jackson and former UFC Heavyweight champion and Lightheavyweight champion Daniel Cormier. Jones is currently on a 3 fight win streak after his second fight with Daniel Cormier was overturned to a no-contest, he knocked out Alexander Gustafsson to recapture the Lighheavyweight title for the third time, he then went on to defeat Anthony Smith to defend his title and the finally he then had a 5 round war with Thiago Santos which after the fight was a controversial split decision win in Jones’ favour. 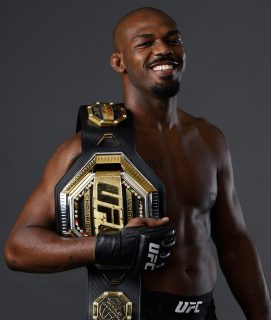 Reyes is being tipped by some to be the next ‘big thing’ in the UFC. Reyes is an undefeated fighter with a record of 12-0-0 and a 6 fight win streak in the UFC. During his time in the UFC, he has defeated the likes of Ovince Saint Preux, Jeremy Kimball and Jared Cannonier. Also during Reyes’ 6 UFC bouts, he has had 4 of them his opponent never made it out the first round with 3 being by knockout and 1 by submission.

The question everyone’s lips will be is Dominick Reyes going to live up to the hype of being the next ‘big thing’ and capture the Lightheavyweight title or is Jon Jones going to steam his way through and make Dominick Reyes another stepping stone in the direction of becoming the greatest fighter of all time?

What's Next For Darren Till?