Following his perfect performance at UFC fight night in Abu Dhabi last week, Welsh Bantamweight Jack ‘Tank’ Shore will be auctioning off his fight gum shield in aid of the NHS.

Shore, who took his fight record to a perfect 13-0, against Aaron Phillips with a second round rear naked choke, could be seen wearing a multi coulored mouth guard during the historic event on fight Island.

The Abertillery fighter will now be auctioning the unique piece via social media, with offers being accepted until the 27th of July. 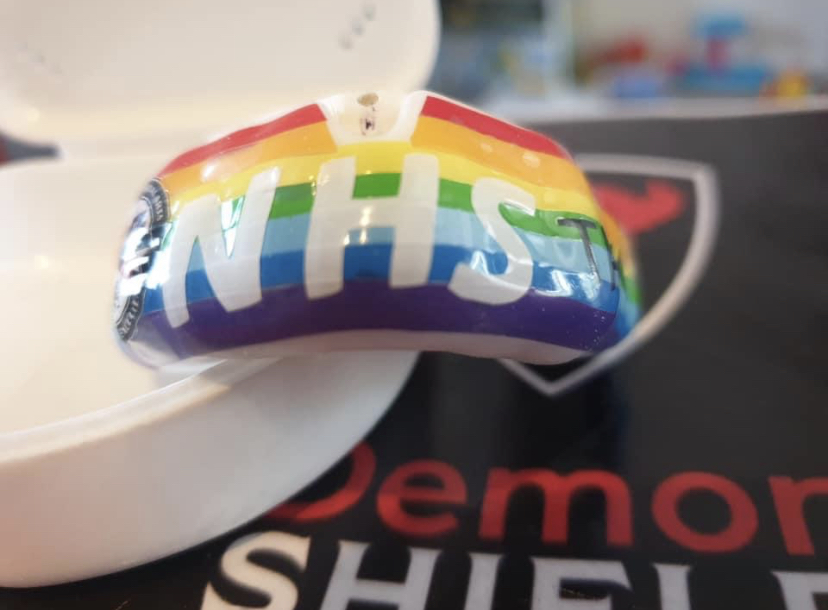 25 year old Shore, known for his dominant grappling and submissions was over the moon with the latest victory, though says he is also happy to be able to do his bit for the NHS.

He said: “I’ll be accepting offers now via direct message on my social media channels, and am really happy to be able to do something for our amazing health service.

“They’ve worked incredibly hard during this pandemic so it’s a pleasure to give back in any way I can.

“This is the fight worm gum shield, from a big event during a crazy time, and all the money raised by the highest bidder to give to the NHS.

”It’s a unique thing to own so hopefully we can get a decent amount for it.”

Former Cage Warriors champion Shore will now look to compete towards the end of the year, on another international card held by the UFC.

To bid on the fight work gum-shield contact Jack Shore through his social media channels.