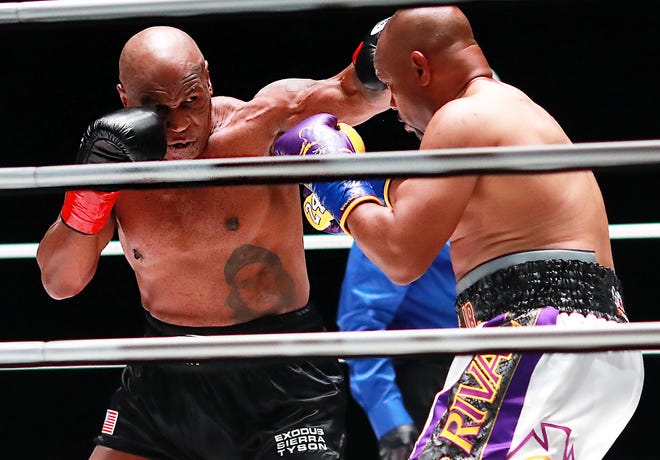 Most, if not all, boxing fans were stunned to find out that Floyd Mayweather – possibly one of the best boxers of all time – will face Logan Paul, YouTube sensation, and 0-1 in his boxing career. Realistically, the fight should not be happening. Naturally, it would beg the question of why, but everyone knows why. Money, and also bringing younger audiences to boxing. Long-time fans of the sport feel these types of matchups are ruining the sport.

Mike Tyson hosted his first Legends League event on November 28th when he took on Roy Jones Jr. That fight, and the event as a whole gathered $80 million in revenue. Logan’s brother, Jake, also fought on that card and defeated Nate Robinson via knockout. Although Tyson and Jones Jr fought to a draw, many would agree that they looked in good shape, particularly Tyson. Fans who tuned in to watch the fight feel Tyson actually won the fight.

So, with the success of the event, and the matchup of Mayweather vs Paul being announced, could Legends League actually help boxing? Tyson said that he was offered a few names for the exhibition bout, but all of them declined. Jones Jr was the only one who accepted.

With seeing how successful it was, could these fighters who declined now be interested? Boxing great Evander Holyfield, and Buster Douglas, who both have wins over Tyson, have shown interest in fighting him for his next bout.

Even if people think there isn’t a market for it, giving recent news, people may now think otherwise. Fans will watch these greats fight, even if it is for a nostalgic reason. Some who are now fans of boxing has never seen these boxers compete. The Legends League could change that. Matchups that were never made in the past that fans were excited about could now be made.

Do you think Legends League could help boxing? Or should the greats stay retired?