Smash Mountain founder and CEO Luiz Eduardo Adler Duarte being a BJJ black belt himself first thought of the idea back in late 2016 and through a lot of hard work filled with passion for BJJ, it looks like everything he has worked hard for over the last few years is finally going to happen. 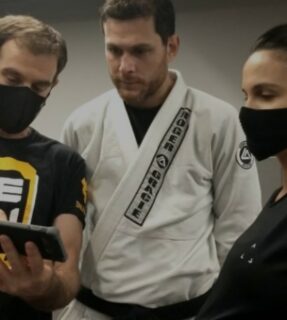 The team at Smash Mountain got the chance to present the beta version to BJJ legends Roger and Kyra Gracie to get their feedback.

The game doesn’t have a release date as of yet but all we know is it will be available on Android and who knows if it is successful we hopefully may even see it on a console also.

Head over to the Google Play store and search for BeJJ: Jiu-jitsu Game and download the beta for early access and leave any feedback for Luiz and his team.