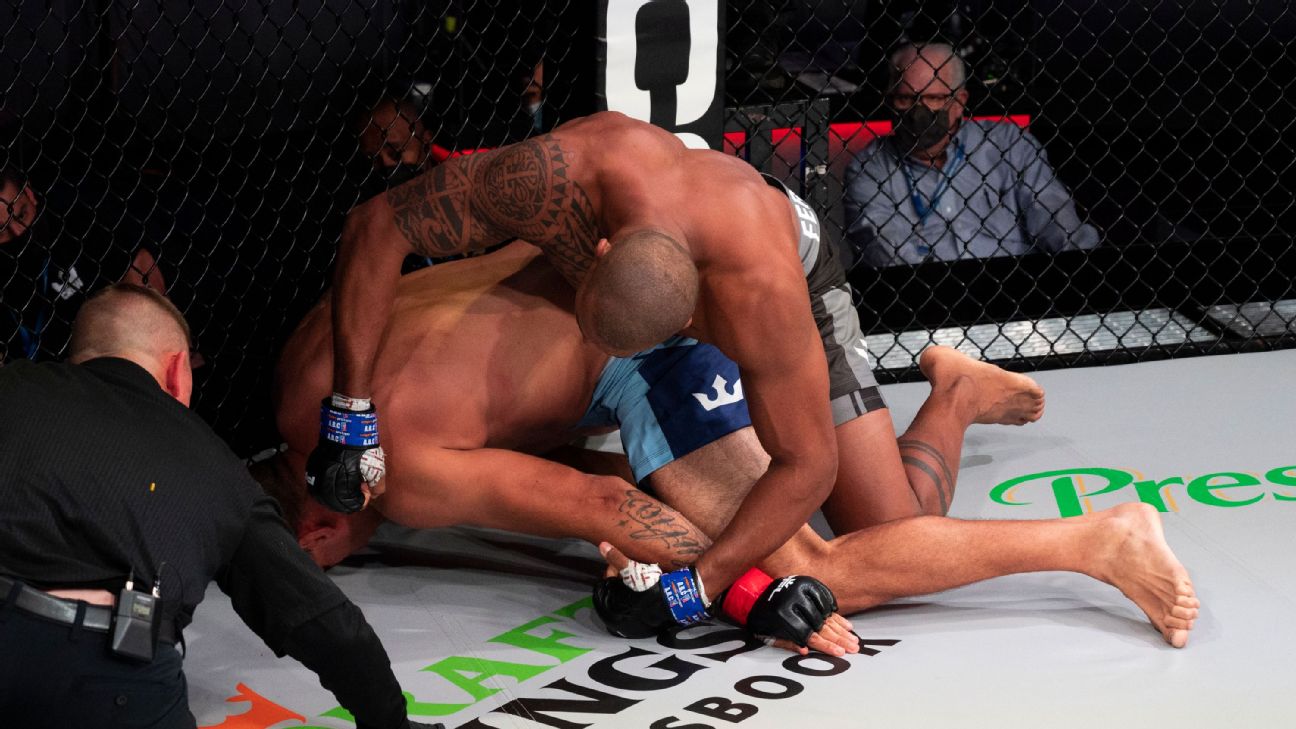 PFL 3 was mired in controversy following Fabricio Werdum’s knockout loss after the referee missed a tap out from Renan Ferreira. Now it appears that justice has been served.

On Monday, the New Jersey Athletic Control Board overturned Renan Ferreira’s win to a no contest after Werdum’s camp appealed to the commission.

Former UFC heavyweight champion Werdum initially had a very strong start to his PFL debut and quickly took Ferreira down, using his legendary grappling skills to put Ferreira in a triangle-armbar submission. Ferreria tapped on camera but the tap out was missed by referee Keith Peterson.

Werdum mercifully let go of the pressure in his triangle-armbar after feeling the tap only for Ferreira to gain top position and knock Werdum out with brutal hammer fists.

Ferreira was originally declared the winner and gained six points in the PFL’s heavyweight league table, with Werdum immediately protesting the result in his post-fight interview.

The PFL have officially revised their heavyweight league table as a result of the commission’s decision. Originally Ferreria gained 6 points for the first-round stoppage whilst Werdum gained zero points. Now, per PFL rules, Ferreria has lost his 6 points and instead both Ferreria and Werdum have recieved 1 point each. This knocks Ferreria out of the top 4 in the league table, with Werdum now standing at 4th place in the league table.

Werdum’s manager, Ali Abdelaziz of Dominance MMA, said he was “hounding” the commission as a result of the controversial loss and said he is “really, really happy” with the commission’s decision to overturn Werdum’s loss.

“I’m just grateful for Nick Lembo and the New Jersey commission for making history and now I’d like to see every other commission, if they make a wrong decision, know it’s OK to correct it. This is why in my opinion, Keith Peterson is one of the best referees in the world. He does not have an ego” Abdelaziz said.

“This is one of the most proud moments of my career. It’s not like I did a good job, I just wasn’t going to lay off until justice is served” said Abdelaziz, who is one of the most successful managers in the sport, having managed world famous fighters such as Khabib Nurmagomedov, Kamaru Usman, Henry Cejudo, Justin Gatheje, Frankie Edgar, Cody Garbrandt and Rashad Evans.

Werdum himself took to Instagram to pay thanks for the support that led to justice being delivered: “First I want to thank the New Jersey Athletic Commission, Mr. Nick Lembo and Mr. Larry Hazzard for working fast to put together all the necessary information and evidences about my last fight. I want to thank the referee Mr. Keith Peterson for his co-operation and honesty. Thank you @pflmma for giving the commission everything they needed to make the decision. I’m very grateful and thankful for my family, my team, my fans and everyone that has stood by my side, giving me support. The good always wins”.