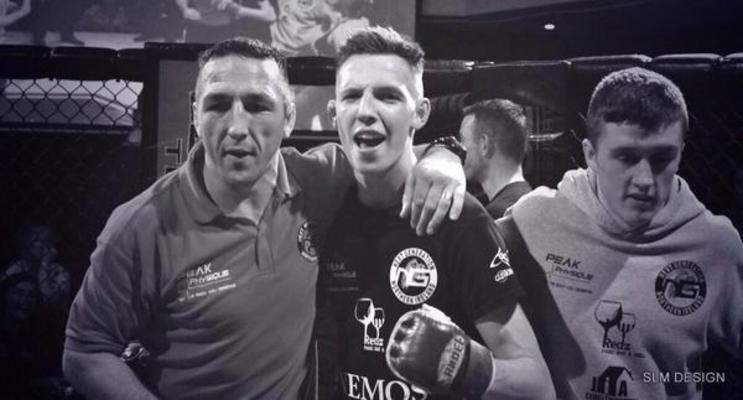 Mixed Martial Arts requires constant training and a desire to learn every day.  In 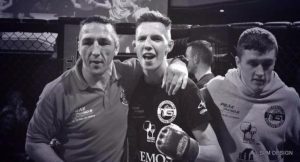 today’s episode of Across The Pond, you will meet a fighter whose devastating finishing power and constant improvement with every bout make him one of Northern Ireland’s top prospects. A professional since September 2015 and representing Next Generation Northern Ireland under head coach Rodney Moore and teammate of BAMMA 135 pound champion Alan Philpott,  Rhys McKee owns a 3-0 record consisting of two knockouts and one submission.

In his MMA debut at BAMMA 22 in Dublin, Rhys submitted John Redmond in the first round. Then he knocked out Alex Masuku in the second round at BAMMA 24. McKee also knocked out Shawn Luther. Rhys will look to extend his win streak to four when he faces Tommy McCafferty at BAMMA 26 on September 10th in Dublin. Good luck Rhys!

Q and A with Rhys-

What is the best piece of advice you have ever received ? (fight or life)

The best advice I’ve ever received is ‘do what’s best for you’ . So many times in life or MMA we have to do stuff that other people would not particularly agree with but if it’s best for your life and career then it’s a no brainer.  Sometimes you need to be selfish for yourself !

What are your thoughts on your opponent Tommy McCafferty?

I was due to fight Tommy before, so feel I know a lot about him.  I was real prepared last time but this time I’m a different breed. The last few months taught me a lot about myself taking and traveling for a short notice fight in a different town, so mentally I’m much more improved. Tommy is a great opponent he has 6/2 record and was 6/0 at a time and highly tipped for the call. He’s a striker and I like a good striking fight so I believe that’s where we will meet.

When you are not training, what do you like to do?

Between working and training I don’t have many hours in the day.  I like spending time with family,friends & girlfriend. MMA is my main social life but I wouldn’t change it for anything.

What made you fall in love with MMA?

Well I’m 20 and have had near 20 fights, traveled over the world, and  fought in the biggest indoor arena in Ireland. It has brought me places I never would have been.  I think the initial falling in love would have been  seeing everything piece together in the early stages and becoming a martial artist.