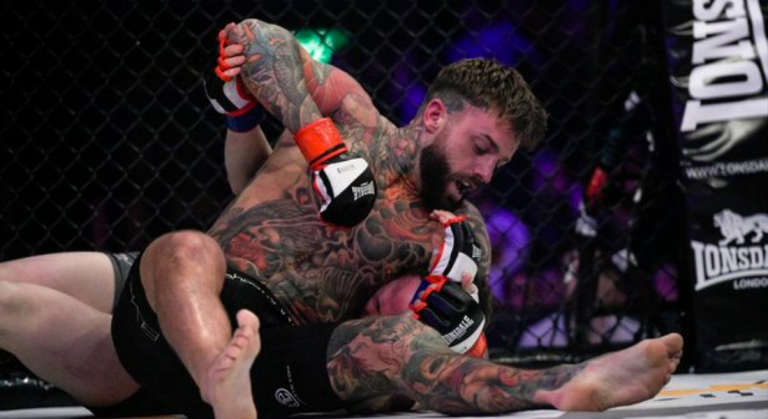 Anybody stepping into a MMA cage should automatically get respect, with Aaron Chalmers I sense he may have to do a little more, certainly from the hard-core MMA fraternity, to get that respect. Chalmers is of course better known from his Geordie Shore drink fuelled antics on the MTV reality show, so to many he probably has more to prove than most who choose to embark on a MMA career.

On Friday night in front of his home crowd in Newcastle on the latest BAMMA offering, Chalmers continued his fledgling MMA career and improved his record to 3-0 when he stopped Karl Donaldson, who was making his MMA debut, in 43 seconds.

In recording his 3 wins, all inside a round, Chalmers hasn’t faced the sternest of opposition, but from where Chalmers has come from in relation to his MMA experience there is nothing wrong with that. In boxing, fighters are allowed to build up their records and learn their craft by being fed soft opposition, then gradually increasing the level of opponents, in MMA fighters rarely get that luxury, especially in the bigger promotions. Nobody should really criticise Chalmers for doing the same, he is still very raw, a novice even, he needs time.

Aged only 30, Chalmers is at an age where there is no need to push him too quickly, push him too quickly he is likely to get brutally exposed. Chalmers did the business on Friday, but the way he came out swinging, hands down and chin up, he would have paid a heavy price against a better class of opponent. That’s not meant to be too much of a knock on Chalmers, he is where he is, and he should be allowed to learn and develop his skill set.

Juggling training with his bread and butter celebrity lifestyle will be hard, and may restrict his gym time and how far he develops his skills and ultimately how far he goes in the sport.

Chalmers has a massive social media following, currently 853k on Twitter, so his journey will get plenty of media coverage, and he will get the obligatory criticism, abuse even, when that journey inevitably comes to its end. But however it ends, and it probably won’t end well, we should give Chalmers the respect he deserves for giving the sport a go and daring to enter an arena where he will have one big target on his back, it might not be a long ride, but it wont be lacking for excitement.

I think we need to leave the reality side of the story to one side and judge the man on what he does in the cage.