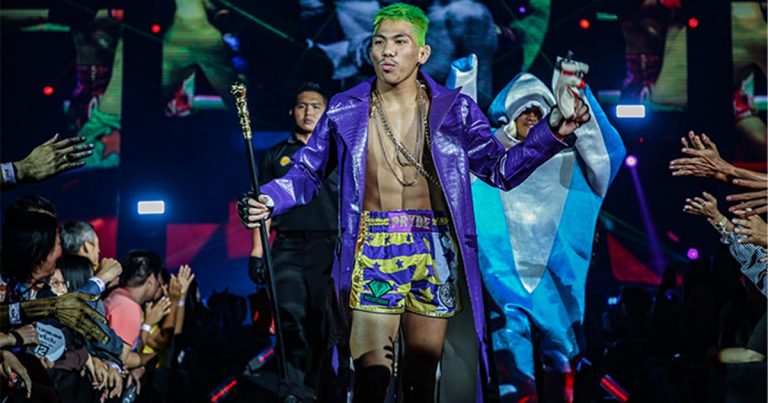 Dreams of Gold: Thai Athletes Who Will Be Competing In Front Of Their Countrymen

Thai athletes will surely get the spotlight and the support from the crowd when ONE Championship lands in Bangkok, Thailand for ONE: DREAMS OF GOLD on 16 August.

Obviously, the biggest name on the card is Petchdam Petchyindee Academy. The reigning ONE Flyweight Kickboxing World Champion will be defending his title against six-time kickboxing world champion Ilias Ennahachi. Just like in his past matches, Petchdam’s kicks will be on display, with his left kick expected to deal the most damage.

Throughout his career, he has punished opponents with kicks. The power and speed of his kicks surprise opponents even though they know the kicks are coming. Ennahachi, though, is no stranger to facing elite competition. The 23-year-old Dutch-Moroccan is a top 10-rated kickboxer in the world and possesses a noteworthy finishing instinct.

Ennahachi puts together devastating combinations and also has a formidable left leg kick. This won’t be an easy title defence for Petchdam. If he wants to retain the belt, he will have to earn it.

In the other marquee matchup on the ONE: DREAMS OF GOLD card, Stamp Fairtex, who is already the ONE Atomweight Kickboxing and Muay Thai World Champion, will kick off her pursuit of a world title in mixed martial arts.

Stamp, the only two-sport ONE champion, had a 19-second knockout win in mixed martial arts in a ONE WARRIOR SERIES bout in 2018. However, her match in Thailand will officially push her on the path to championship gold in the sport of mixed martial arts.

Roka has a strong background in boxing and has won a national championship. She might still be pursuing boxing glory if the boxing federation in her country wasn’t banned. Roka has compiled a 4-0 record in mixed martial arts, winning by stoppage in each match. As you might expect, her boxing is the most formidable aspect of her attack, but she does own two victories by submission.

Roka’s last bout was in February 2017, so she has been out of competition for over two years. Without question, the match against Stamp will present a step-up in competition.

Here are three more Thai athletes who will be in action in Bangkok at ONE: DREAMS OF GOLD.

The Petchyindee Academy representation will be significant. In addition to Petchdam, Bangpleenoi will be back in action, hoping to continue his roll toward a world title in the Muay Thai featherweight division. Bangpleenoi may be fighting on the preliminary card against Liam Nolan, but he will receive the same amount of crowd support as Petchdam. The roots of the Petchyindee Academy run deep because of the accomplishments of Petchdam, Sorgraw, and Petchmorakot. Bangpleenoi’s style and affiliation will become factors when he performs in front of his countrymen.

There are legends of Muay Thai who do not train at Petchyindee Academy, and Lerdsila Phuket Top Team is one of them. The 38-year-old has had many accomplishments throughout his career and his time with ONE Championship only adds to his legacy. He is a perfect 3-0 with ONE and hasn’t lost a bout in nearly four years. The former WKN, WPMF, and WMC Lightweight World Champion will have his hands full in Bangkok when he faces former WMC Muay Thai Champion Savvas “The Baby Face Killer” Michael of Cyprus.

This match should be intense. Obviously, Petrosyan is a legend of the sport, but there is a compelling storyline here. Petrosyan advanced to this round of the Grand Prix after first losing to Thailand’s Petchmorakot in the quarterfinals. After a review of the decision, a rematch was ordered, which Petrosyan won by decision.

This bout with Nattawut is a rematch of their meeting on April 2018 which Petrosyan, who made his ONE debut at the time, won. There are a lot of storylines, but Nattawut will draw a ton of support from the crowd as he searches for the biggest win of his career.