ONE: Edward Kelly Almost Became a Policeman Before He Became a Martial Artist

Edward “The Ferocious” Kelly is set to face Tang Kai in a featherweight bout at ONE: AGE OF DRAGONS, which goes down at the Cadillac Arena in Beijing, China on 16 November.

Ahead of his next matchup, Kelly retraces the steps that brought him to pursue martial arts as a career, and the different paths he could have taken.

“My dream to become a policeman developed when I was a child,” Kelly said.

“I always told myself I wanted to become a policeman so I could help my fellow man. That is why I studied criminology in college.”

Kelly was inspired to further pursue martial arts after witnessing his older brother Eric Kelly, former ONE Championship featherweight, make the rounds in the world’s largest martial arts organization. This, in turn, led him back to Team Lakay, where he trained under the guidance of coach Mark Sangiao at the University of the Cordilleras. 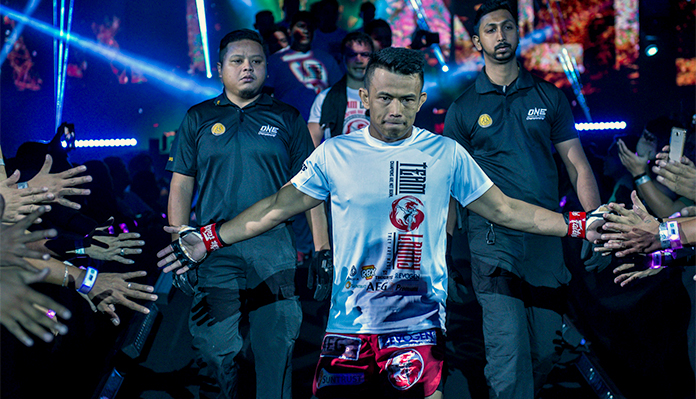 At the time, Kelly was still on the path to becoming a policeman. But his true calling would soon beckon.

“I started my internship with the police during a period of moral decline,” Kelly said.

“I asked five policemen about the work and all of them questioned my decision to take up criminology. They said, ‘You should have just taken up nursing. You get the chance to work abroad.’ None of them gave me encouragement.”

Even though he was able to complete his studies in Criminology, “The Ferocious” followed a different path by taking up his passion for martial arts full time. 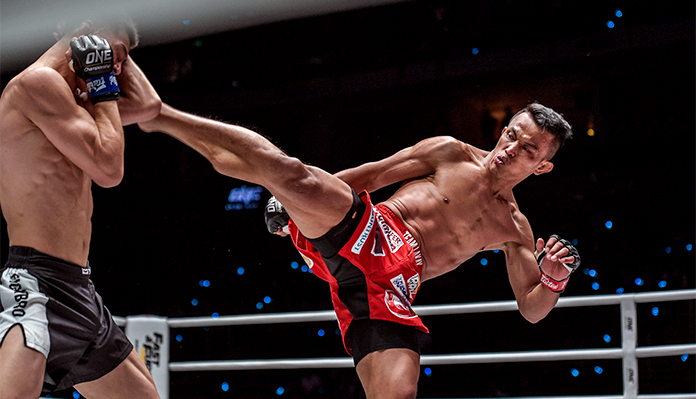 He made his professional debut in 2003 and racked up five straight wins to start his career. Over the course of nearly two decades, Kelly has accumulated show-stopping performances and highlight-reel finishes. He even owns one of the fastest knockouts in ONE Championship’s featherweight division — a blistering 21 second KO of Cambodia’s Meas Meul in 2018.

After some time competing under the bright lights of ONE Championship, Kelly realized he was on the right path.

“It dawned on me that I had made the wrong decision,” he said.

“I told myself that I would pursue being an athlete. Now, I am enjoying my career as a martial arts athlete.”

He now looks for another victory on the world stage and continues his march towards the featherweight throne.