Cage Warriors‘ third trilogy is capped off with an action-packed card at Cage Warriors 122 live from London’s York Hall on Saturday 20th March.

In the main event, Morgan Charriere will look to defend the featherweight title he captured at CW119 at the first time of asking, as he faces off with Jordan Vucenic.

Charrier (16-7-1) has finished his last two fights by KO, dominating Dean Trueman in Birmingham at CW109 in 2019, while he beat Perry Goodwin last time out with a devastating body punch.

Vucenic (7-1) was also in action at CW119, going toe-to-toe in a back and forth fight with Paul Hughes, which he edged on the judges’ scorecards.

“The Epidemic” has a solid wrestling game to lean on, while Charriere utilises his cardio and well-rounded skills to take fights into the late stages.

Meanwhile, the challenger is more than happy with his position, stating: “[The Cage Warriors Title] was one of my main dreams when starting the sport, and it’s been an amazing show to work with and grow as a fighter. No easy fights.”

In the co-main, Paddy “The Baddy Pimblett (15-3) and Davide Martinez (8-2) square off a year to the day they were originally meant too after their original match up was postponed due to the global pandemic.

Pimblett, a former Cage Warriors featherweight champion, is well known for his finishing ability, having won 11 fights within the distance, with his submission game being noted as a particularly strong weapon in his arsenal.

Martinez meanwhile has fantastic cardio that has carried him to five decision wins, and knockout power in his hands, which has helped him secure three KO wins. 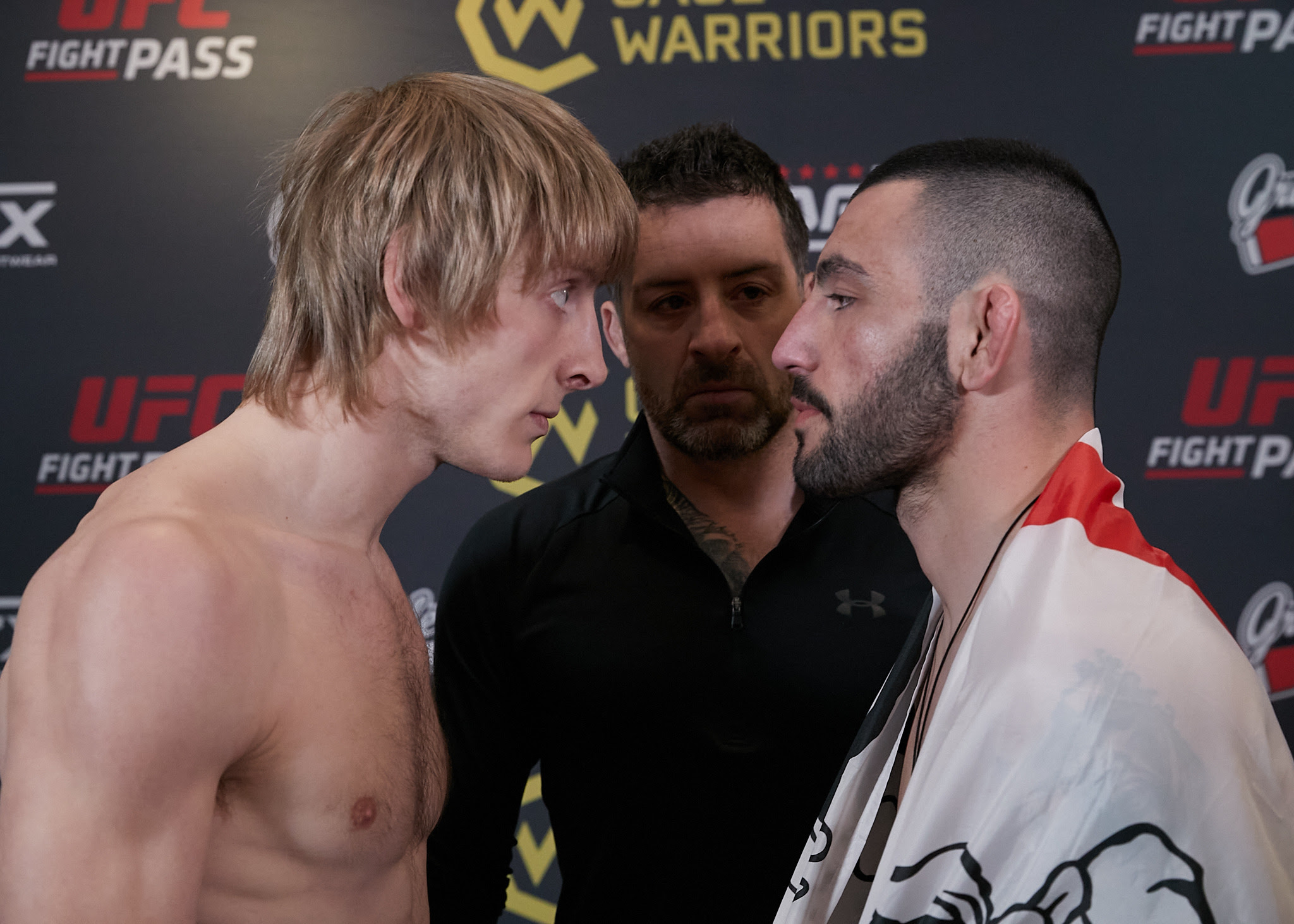 In the featherweight division, Tobias Harila (7-1) and Aiden Stephen (8-3) square off in a fight that should deliver fireworks.

Harila makes his Cage Warriors debut with seven knockouts in eight wins, while Stephen has finished five of his eight wins within the distance.

Rounding off the main card, former bantamweight title contender Brian Bouland (9-3) looks to return from a 15-month absence with a win over Liam Gittins (6-1).

Gittins has finished four fights by KO as has Bouland.

On the prelims, Michele Martignoni takes on Nathan Fletcher at bantamweight, Corin Eaton and Jean N’Doye both return to Cage Warriors to square off at featherweight.

Tom Mearns will face off with Yassine Belhadj at lightweight, and Darren O’Gorman will take on Nicolas Leblond at flyweight.