by MMA UK
in Bellator
35 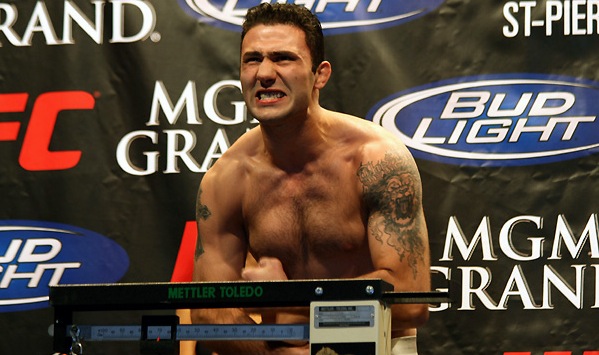 Tonight Karo Parisyan will face Phil Baroni in the featured main card opening bout at Bellator 122. The 2 ex-UFC veterans has possibly one of the most interesting matches of the night, mainly because they are two very recognisable names hoping to recapture the success they had in their younger years.  However they have both lost more than they have won lately, but the 31-year-old Parisyan doesn’t take kindly to fans and critics alike who believe the two are over-the-hill.

“A lot of people are saying a lot of stupid stuff about the fight. They’re saying this is two guys who are washed up or whatever,” Parisyan said while speaking to Sherdog. “Dude, I’m 31 years old. I was never washed up; I just got sidetracked for a little bit.”

Parisyan has admitted to taking things lightly early in his career, relying on his natural talent rather than putting the work in. A look at some of his wins showcase his natural ability with victories over the likes of Nick Diaz, Chris Lytle and Matt Serra saw his name get mentioned whenever the issue of Welterweight title contenders came up. Unfortunately anxiety issues, a lack of drive and pain killers derailed his progress.

“Seventy percent of my fights, I wasn’t in good enough shape,” Parisyan said. “I won based on ability and mental strength. I’ve never feared anybody in my life. No man ever scares me.” during an interview with MMAJunkie. 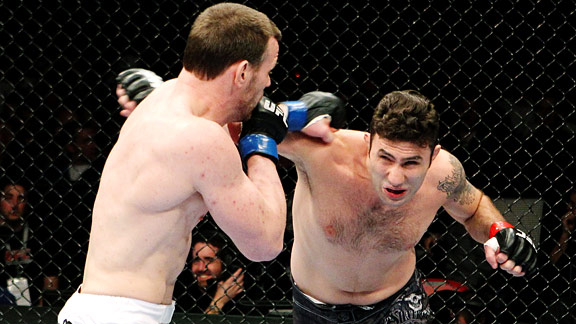 However nowadays Karo has a better attitude and a new approach to MMA.

“I take my career a little bit more serious now. I’m still in my prime. There’s a lot more to see,” he said. “I used to cruise on my talent for many years. I still had to train and get in shape and fight, but not like a [Georges St. Pierre], not train like some of these guys that are completely professional from A to Z and live the life. I never lived that lifestyle….eventually it’s gonna catch up with you.”

Parisyan believes when he’s fighting fit and in shape that nobody can defeat him, and in his words he “can take the title with my eyes closed”. Big words but ones that he feels he is able to back up.

“Hey, give me a break. If I’m in shape, I don’t give a fuck who you are. If I’m in shape I can take the title with my eyes closed,” he said. “I hope this doesn’t bite me in the butt, because I don’t like to talk big before fights – because I believe in karma. But reality is reality, and I can’t lie to myself. I’m pretty sure I can beat almost everybody in the weight division.” “I still fight because it’s a job, and I’m kind of a glory junkie. I like to get my hand raised at the end of the fight. It makes me feel good about myself,” Parisyan said.“I’m back on track again; I’m just gonna go full throttle now.”

Phil Baroni Is The "Main Attraction" At Bellator 122