Phil Baroni Is The “Main Attraction” At Bellator 122

by MMA UK
in Bellator
38 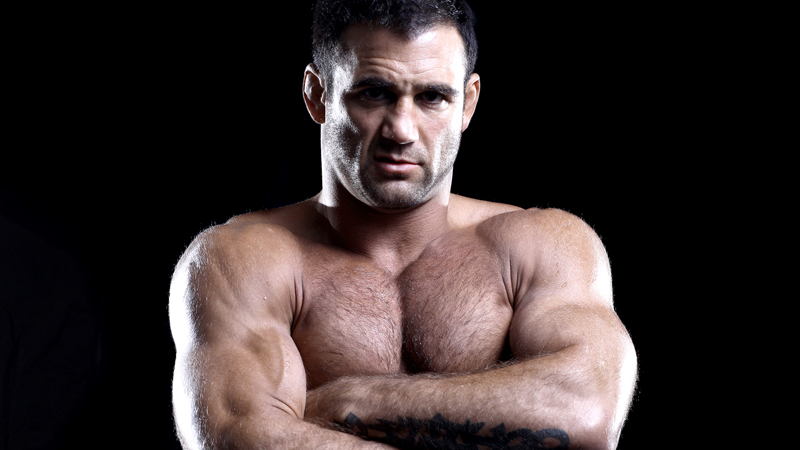 For many fighters a gruesome ankle injury at the age of 36 may be a sign to hang up the gloves and start taking it easy. Most fighters aren’t “The New York Badass” though and now, after more than a year since that injury (A broken fibula and a dislocated ankle) at One FC 9, Phil Baroni is about to make his Bellator debut against fellow ex-UFC veteran Karo Paisyan at the age of 38. Many believed he was done, Baroni is out to prove otherwise at Bellator 122.

“I love this shit. I love it, I was destroyed and didn’t know what to do with myself when everybody told me it was over.” Baroni said in an interview with Sherdog.

This isn’t the first time Baroni was supposed to return though. His original plan was to compete at Bellator 118 but unfortunately the recovery progress wasn’t quite ideal so Baroni took advise from a peer who has also had his own issues with rehabilitation, Dominick Cruz.

“I was supposed to get ready for a fight in Atlantic City, and I herniated some discs in my back, probably because of the ankle and not having the flexibility when I was trying to rebuild my legs. After that I was getting ready to fight in One FC; I had another little injury….but everything’s good now. I was trying really hard to get ready fast and make some money because I was out of money.”

“I listened to an interview with Dominick Cruz, and his take on it all made sense: You can’t get better, heal and be in fight camp at the same time. You have to get better and then begin fight camp. I was trying to do both at once. To be honest, I was out of money, my wife had to drop out of nursing school full time and go part time so I could just train and do my rehab.”

All problems aside Phil has stated his camp went well and now his eyes are focused on Karo Parisyan as the Bellator 122 main card opening fight. Despite that Baroni still believe all eyes will be on them.

“I’m always the main attraction when I fight,” Baroni said. “I don’t have that feeling, I fucking know it. I don’t even know who the other guys [on the card] are. I’m not disrespecting them, but they haven’t paid their dues like me and Karo Parisyan have. I don’t care who they are or where they’ve fought — they haven’t. Any card I’m put on, I wouldn’t worry about who else was on the card. I don’t give a fuck. In my mind, I’m always the main attraction,” he said.

One small detail could be an issue for their fight. Baroni considers Parisyan to be a friend. They’ve trained and hung out together and share a mutual respect. So will their friendship be a factor for Baroni?

“I like him a lot, but when the bell rings, I’m gonna take it to him. He’s standing in the way of all my dreams, of everything I’ve worked hard for my entire career,” he said.

At 38 years old many would say Baroni is at the end of his career and is just fighting for his retirement fund. However a fighter always feels like he has more to give and that’s the same with Phil who feels he still has an awful lot to give yet and can still trouble any man who steps in front of him.

“I feel great, I’m having fun and I’m getting better. My skills aren’t deteriorating. I still punch hard; I’m still fast,” Baroni said. “I’m gonna do it until I can’t do it.”