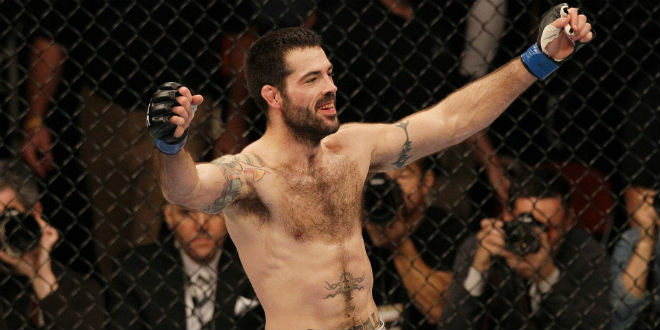 During the main event between Welterweights Robbie Lawler and Matt Brown this past weekend we saw the second phantom low-blow in a matter of weeks. After Brown seemed in pain, veteran referee John McCarthy stopped the fight briefly for him to recover but replays indicated it to be clean above the waistline. Consequently Robbie Lawler wasn’t given the opportunity to pounce on his injured opponent and attempt to finish the fight.

Matt Brown defended himself Sunday via his Facebook page:

“First off thanks to ‪#‎theimmortalarmy‬ for your constant support,” said Brown. “Second off I’ve read some things saying that said I faked the nut shot. I would never do that in my fucking life. That’s bullshit. Period. End of story.” Wrote Brown

McCarthy also took to social media to clarify the situation, he posted on Twitter insisting that neither fighter was at fault.

“For information, the kick thrown by Robbie was legal, his shin moved Matt Browns cup, you could hear it, that’s why Matt was given a moment” tweeted John McCarthy