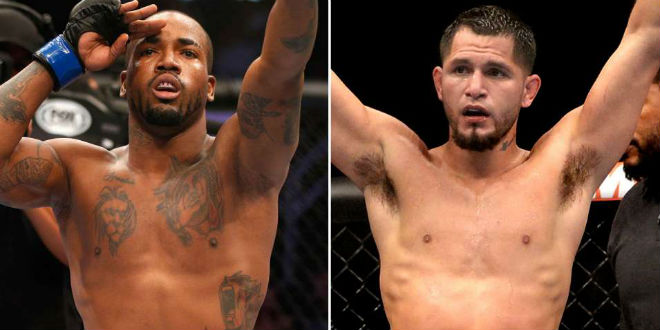 It didn’t take long for UFC matchmakers to pair up two of the big winners from the weekends UFC: Lawler Vs. Brown card together.

Both men were once part of Strikeforce before the Zuffa takeover and merger with the UFC and both men have man a name for themselves since entering  the Octagon. Green being the standout as he’s currently riding an incredible eight-fight winning streak which span across his time in the two promotion. Masvidal is no slouch though having won 5 of his last 6 fights and most recently defeating Daron Cruickshank.

The two men join an increasingly stacked card, headlined by a Light Heavyweight title fight between champion Jon Jones against Daniel Cormier. The event also see’s one of the sports fastest rising stars Conor McGregor face his toughest opponent yet in Dustin Poirier

Matt Brown Out For 6 Months & UFC On FOX Medical Suspensions