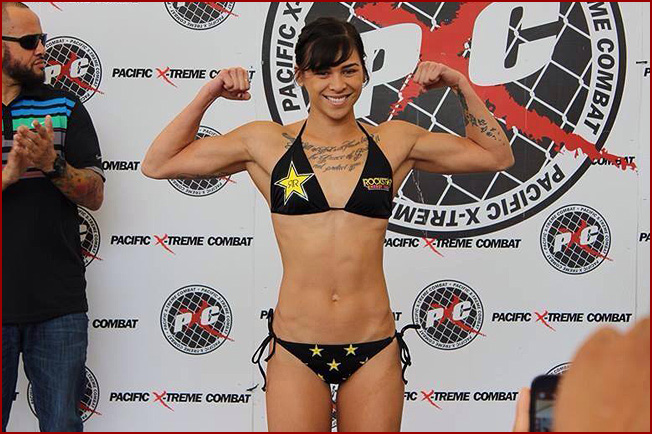 “It’s official next stop @UFC for me. Mahalo for all the support #bessedandhumble” Curran wrote on her twitter.

Watch out strawweights, a new undefeated fighter has arrived on the UFC scene, Kailin Curran (3-0) has signed with the MMA frontrunners, UFC.

Curran announced the news on her Twitter account. The current strawweight division is a shallow one with only Joanna Jedrzejczyk, Tina Lahdemaki, Juliana Lima and Claudia Gadelha making up the numbers. But the cast of TUF 20 will potentially flesh out the division with a crowing of a strawweight champion and an unknown amount of the women signed to UFC contracts once the show ends.

The 23-year-old has won all 3 of her fights via unanimous decision wins under the Pacific Xtreme Combat promotion banner and currently trains out of Reign MMA. An opponent for her debut is yet to be announced, as with all the womens fights, we’ll expect to be entertained.