by Peter Knox
in Bellator
31 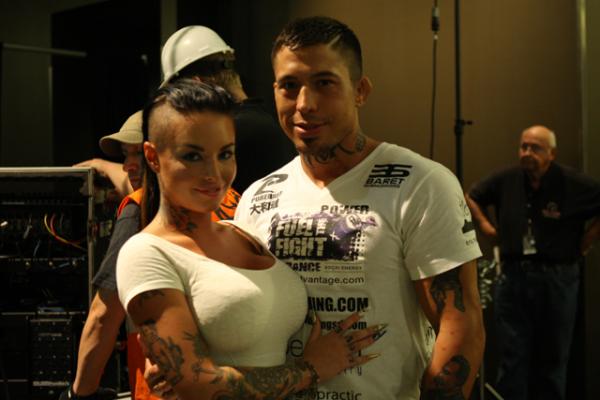 According to a report by TMZ (yes we know, not the most reliable source but I digress), War Machine, formerly known as Jon Koppenhaver, is a “primary suspect” in a three-person altercation that occurred early Friday morning. The police have not released the names of the victims but one was described as War Machine’s “significant other.”

War Machine, formerly known as Jon Koppenhaver, has been quite open about his relationship with Mack on social media since the two began dating. Recently, Mack has been seen cageside for a few of the two-time UFC veteran’s fights.

As of yet but Las Vegas authorities have been unable to contact War Machine, but the allegations were enough for his employer to cut the fighter from their promotion. Bellator President Scott Coker released this statement.

“We have a zero tolerance policy here at Bellator when it relates to any form of domestic violence, and after learning of this latest incident involving Jon Koppenhaver — War Machine — Bellator is releasing him from him promotional contract with the organization,”

This wouldn’t be the first time War Machine has had issues with the law. He was arrested in 2010 for assault with a deadly weapon at a San Diego bar. He was jailed for that incident and has been to jail twice.

We’ll have more on this story as it is released.