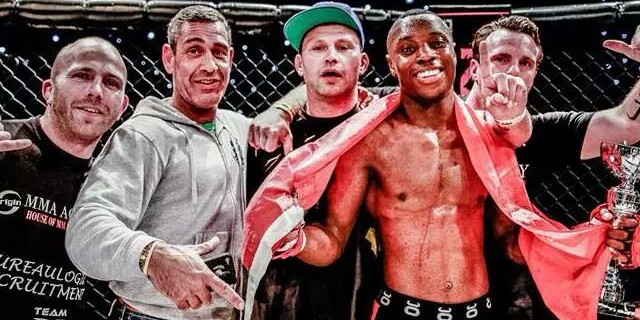 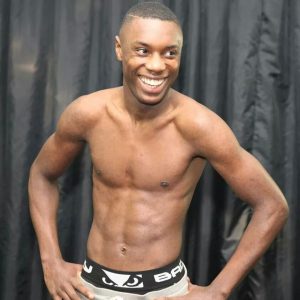 MMA UK caught up with the sensation that is Dominic Wooding. A two weight amateur champion Wooding is becoming a name in Amateur UK Mixed Martial Arts. Just coming off a great victory at FCC (Full Contact Contender) against Coner Hignett, Wooding is now facing Aaron Robinson for the Amateur FCC Fly Weight Championship which will be fireworks. Training out of MMA Terror Squad, Wooding is surrounded by a very experienced team and coaches.

So watch this space, Dominic Wooding will be a name to watch for years to come.

MMA UK: Hello Dominic thanks for taking time out to talk to us at MMA UK.

MMA UK: You are a rising star, but how long do you think it will be till you turn pro.?

DW: I’ve got 2 amateur title fights in September & October. I plan to snatch those 2 belts and then I plan to turn pro after those 2 fights. So not long at all.

MMA UK: You said before in an interview you want to be in the UFC in 2 years. How are you going to achieve this.?

DW: Yes I have said that and I strongly believe it. I plan to achieve this by taking the right fights and fighting on the right shows that will get me there in that time period, as soon as I turn over to the professional ranks.

MMA UK: What’s the advantages of having a good team and good coaches surrounding you.?

DW: I can develop more as a mixed martial artist with a good team surrounding/supporting me.

MMA UK: In your last fight at FCC against Coner Hignett you was fighting him on home soil and you put in a brilliant performance,How do you cope with the pressure and nerves.?

DW: I don’t feel pressure or nerves when I compete, I just embrace/enjoy the situation. To be honest it felt like I was fighting at home when I fought Conor Hignett on FCC.

MMA UK: You are fighting Aaron Robinson on October 18th for the FCC Amateur Flyweight Title. What do you expect from Aaron Robinson?

DW: I expect Aaron to give me a good contest.

MMA UK: Who’s your favourite MMA fighter and do you base your style on anyone.?

DW: My favorite Mixed Martial Artist of all time is Anderson Silva. And yes I base my style on several mixed martial artists, such as Anderson Silva, Lyoto Machida, Jon Jones, Conor McGregor cause they all have a smooth, unorthodox/unpredictable style and that’s how I like to fight, keep my opponents guessing. But all in all I take from everyone, if I see anything that I can adapt to my game, I’ll take it and use it to my advantage.

DW: Yes I do. And best advice that’s been given to me is to believe in myself (which I already strongly do) and to just focus on the light of my path.

MMA UK: What’s the best 3 things about being a fighter and the worse 3 things?.

DW: My daily/weekly training schedule consists of me training BJJ, Boxing, Thai Boxing, Wrestling and Strength & Conditioning most days of the week, I’m training twice a day with 2-3 sessions in a day.

MMA UK: What drives you to succeed?

DW: The thing that drives me to succeed is to be Number 1 in the sport of MMA.

MMA UK: What advice would you give to any one trying to get where you are today.?

DW: My advice to someone that wants to get where I am now, would be to keep training and get better everyday, set small goals that would lead you to your long-term goals, and last but not least, FOCUS on where you want to be.

MMA UK would like to thank Dominic for taking time out to speak to us. 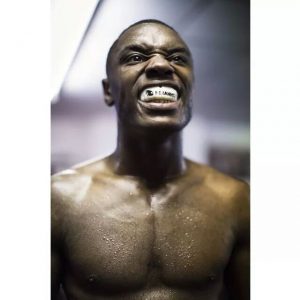