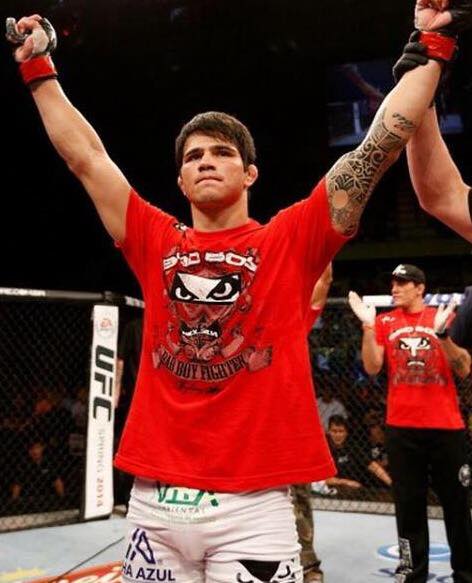 UFC Fight Night 58 will showcase a ton of Brazilian talent, on the card Lyota Machida, Renan Barao and Erick Silva, all of which are looking to get back and track and get back into the win column. Lyoto Machida (21-5) lost his hopes of the title when he faced off with Chris Weidman losing by a unanimous decision at UFC 175. Renan Barao (32-2) faced a heart breaking losing his belt to T.J Dillashaw ending his remarkable win streak having not losing a fight since 2005 and Erik Silva lost to the hand of Matt Brown which is regarded as one of the fights of the year.

Erik Silva (16-5) has been on quite the roller coaster since joining the UFC in 2011. With a 4-4 record in the UFC alternating wins and losses on every fight, however has put up some memorable wins and has shown remarkable talent, potential and heart in the cage. After his latest fight of the night loss to Matt Brown, Silva underwent surgery to repair a deviated septum and after 7 months Erick is ready to put it all out there in the cage again against Mike Rhodes.

Erick Silva recently sat down with UFC.com and spoke about his loss to Brown.

“It was a very tough fight,” Silva said. “I would have never expected the fight to end the way it did, but that result serves as motivation for me to train harder. It was very difficult for my parents and for all of my family,” Silva said. “My friends, family and training partners gave me all the support I needed at that time. They comforted me and that was also a motivation for me.”

Silva never quit and let his loss stop him only taking 2 weeks to recoup.

“Fifteen days after the fight I was training Jiu-Jitsu,” he said. “I was out for a longer time due to a deviated septum surgery, but this time away from the Octagon was good for me to review some aspects of my life and career, and many things have changed.”

Now Silva is very motivated and positive towards his future in the cage and ready to have a successful year in UFC.

“2014 was a year that I started really well,” he said. “I had a tough loss that taught me a lot, and right after that I went through a surgery. So I am eager to be back and I hope that I get to fight at least four times in 2015 and be ranked within the best of my category with consecutive and convincing wins.”

“He is a great athlete and he needs the victory as much as I do,” Silva said. “It will be a war.”

HERMAN VS. BRUNSON RE-BOOKED FOR UFC 183