Henderson In For Green 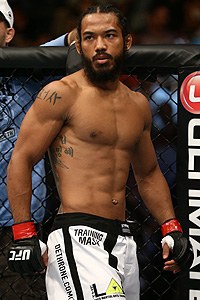 Following a close loss last weekend to Donald “Cowboy” Cerrone in Boston, former lightweight champion Benson Henderson proclaimed that he wanted to fight again soon and was wiling to face anyone, any time, anywhere.

It seems the UFC was listening.

Sidelined due to a torn quad, lightweight contender Bobby Green has been pulled from his April 4 matchup with Jorge Masvidal. But Florida’s “Gamebred” won’t be without a dance partner in Fairfax, Virginia, as former lightweight champion Benson Henderson has agreed to step in for the UFC Fight Night co-main event bout.

Tickets for UFC Fight Night: Mendes vs. Lamas go on sale on February 11.