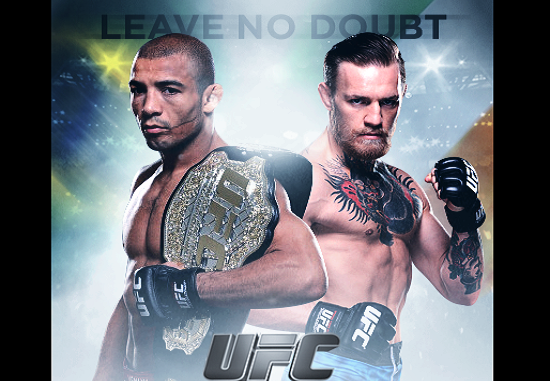 Jose Aldo, the undisputed featherweight champ takes on the notorious Conor McGregor on July 11th
at UFC 189 in Las Vegas.

In an earlier interview McGregor explains his motivations on jumping out of the cage after his fight with Dennis Siver and for running straight to Aldo.

“It was just instinct,” said McGregor.

“I knew he was floating around in the crowd. During fight week I got told of these little posters he was doing. Something stupid. So when the fight was done I saw him and jumped over that cage and I wanted to put that energy straight through his chest like a bolt of lightning. That was it. I was just going off my emotions.”

“They have it convinced it’s all talk. It’s a joke. When it’s in there it’s no joke anymore. The blood rushes out of their face and jumps out of their body. They go white. I can see their eyes turn to glass. That’s what will happen to Jose.