by Michelle Luce
in UFC
30 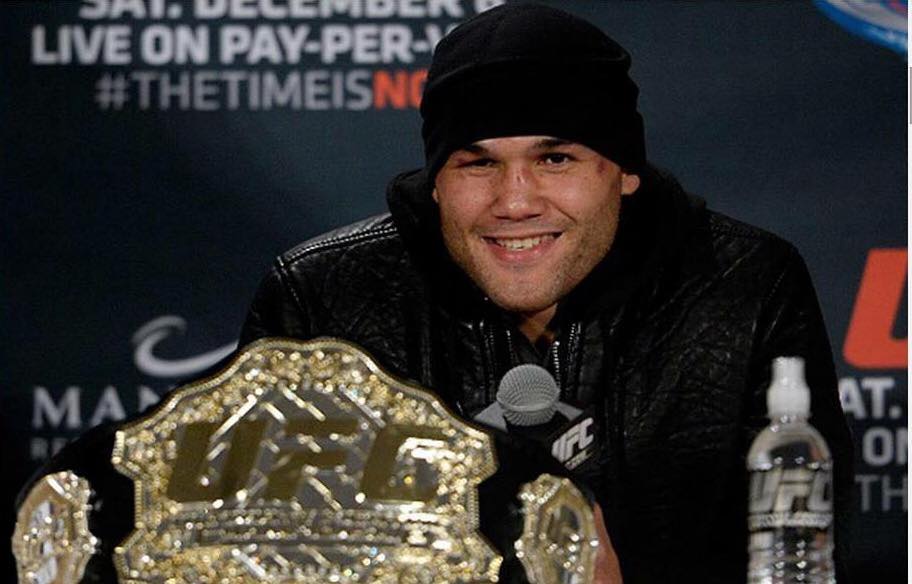 Today in the UFC performance-enhancing drug press conference UFC president announced that UFC Welterweight Champion “The Ruthless” Robbie Lawler will defend his belt up against the Canadian standout Rory Macdonald in the co-main event at UFC 189 on July 11th in Las Vegas, Nevada at the MGM Grand Hotel and Casino. The Welterweight matchup is set to be the co-main event of the evening. UFC 189 will feature another title fight event between Featherweight Champion Jose Aldo and Conor McGregor and will be the highlight of UFC annual International Fight Week celebration.

Initially Rory Macdonald was suppose to face Hector Lombard in the co-main event at UFC 186 in Montreal, but Lombard tested positive for performance-enhancing drugs after his fight last month  at UFC 182 against Josh Burkman.

Fighter of the year Robbie Lawler (25-10) captured the Welterweight belt from Johny Hendricks with a controversial split decision victory at UFC 181 back in December. Lawler has been riding a three fight win streak and has won six of his last seven fights including a split decision win over Rory Macdonald.

Rory Macdonald (18-2) will finally get his the title shot that was promised to him following his knockout victory Tarec Saffiedine in October. Since his loss to Lawler back in November 2013 Macdonald has also been on a three fight streak with wins over Tarec Safferdine, Tyron Woodley and Damian Maia.

“Ruthless” is one of the best comeback stories in the history of the sport. He started in the UFC in 2002 when he was just 19 years old. After being released by the promotion in 2004, he bounced around from organization to organization until his return in 2013. Since then, he is 6-1 with the only loss coming via a close unanimous decision to Hendricks at UFC 171 in March 2014.”

Lawler-MacDonald and Aldo-McGregor are the first two exciting events announced for UFC 189, we will keep you updated to any new bouts that are adding in the new future.

UFC putting all its eggs in one basket