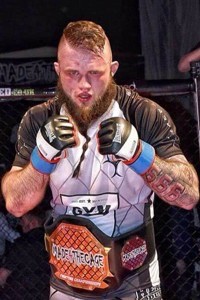 BAMMA, leaders in MMA sports entertainment and the home of European MMA, are pleased to announce the signing of #1 ranked German Heavyweight Ruben “The Viking’ Wolf to a multi fight deal with the promotion.

Ruben ‘The Viking’ Wolf hails from Rosenheim, Bavaria, Germany and fights out of Gym 23. Currently on a 4 fight win streak with an overall record of 10-6 (9-2 as a Heavyweight), Wolf recently beating highly ranked James ‘The Juggernaut” Mulheron via TKO following a barrage of punches which resulted in the fight being stopped.

Most recently Wolf called out BAMMA Heavyweight Champion Mark ‘The Hand Of’ Godbeer and has been engaged in a war of words with the champion via social media. One thing is for sure, the relentless German is coming and he wants the title.

“The UK’s top heavyweights fight in BAMMA and I want to add the BAMMA belt to my growing collection. Mark Godbeer has it for now, and the moment I signed on the dotted line for the biggest and the best promotion in Europe, he entered borrowed time. When I’ve done with Godbeer, I’ll happily dispatch the rest of what the UK has to offer.”

“Welcome To The WOLF Age “