by Myles Painter
in Across The Pond
37 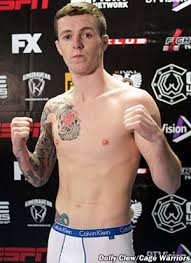 In Mixed Martial Arts, there are always hurdles to clear. In today’s episode of Across The Pond, you will meet a fighter looking for a second chance to obtain BAMMA gold. A professional since February 2011 and fighting out of Next Generation Northern Ireland, Alan Philpott owns a 14-7 record in 21 career fights consisting of eight submissions, four decisions, and two knockouts. Alan has fought for various promotions in Europe including Cage Warriors. In his MMA debut, Alan defeated Eugene McAuley via submission in the first round. Then, he defeated Cage Warriors fighters Rich Edgeworth and Andy Young via submission. After rematching with Edgeworth in 2012, Alan signed with Cage Warriors as a short notice replacement and took on Kris Edwards at Cage Warriors 49 in Wales and defeated him via rear naked choke in the first round. He followed that performance up with a third round knockout of Liam James at Cage Warriors 52 in London. After his Cage Warriors stint, Alan won back to back fights over Jamie Nolan and Robert Skujins. In 2014, Alan won three fights which included a third round submission of Steve Mcombe in May. Then, he signed with BAMMA in 2015 and derailed the momentum of Regis Sugden at BAMMA 22 in September. Alan will get a second crack at the belt when he squares off with Nathaniel Wood at BAMMA 24 on February 27th, 2016 as part of BAMMA’S return trip to Dublin. Good luck Alan!