The Garden State has been known as a hotbed for east coast fighters. In today’s 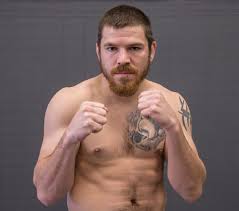 episode of Across The Pond, you will meet a staple of the UFC’S Lightweight division. A professional since November 2005 and fighting out of Miller Brothers MMA, Jim Miller owns a 25-6 record in 31 career fights consisting of fourteen submissions, eight decisions and three knockouts. Miller is known for his ability to lock in a submission from anywhere, so you would be wise not to give this man your back or neck. In his MMA debut, Miller defeated Eddie Fyvie via decision. He defeated his next four opponents via submission.  Miller went on a eight fight win streak that included his first two UFC wins, David Baron at UFC 89 and Matt Wiman at UFN 16 respectively. Beginning with Mac Danzig at UFC 100, Jim won his next seven fights which included a first round kneebar of Charles Oliveira at UFC 124.  Miller then defeated Melvin Gullard at UFC on FX 1 followed by a decision over Joe Lauzon at UFC 155. Jim scored back to back tapouts of Fabricio Camoes at UFC 168 and Yancy Medeiros at UFC 172 respectively. In July 2015, Miller defeated Danny Castillo at UFC on FOX 16. On December 10, 2015 he will  face TUF 15 winner Michael Chiesa at UFN 80 in Las Vegas. Good luck Jim!
Pre UFN 80 Interview with MMA UK’S Jade Morris-

UFC Fight Night 80 Results: Namajunas with a dominant performance over a resilient VanZant