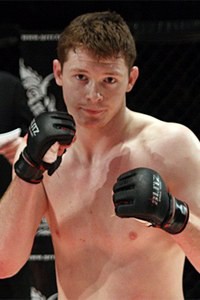 s” to Joanna. In today’s episode of Across The Pond, you will meet a fighter who is looking to add another win to his resume at UFC 195. A professional since March 2008 and fighting out of Tristar Gym in Canada, 27 year old Joseph Duffy owns a 14-1 record consisting of four knockouts, nine submissions and one decision. Duffy is the only man to defeat UFC stars Norman Parke and ”Notorious”. He is best known as having fought for Cage Warriors and is currently 2-0 in the UFC. In his MMA debut, he defeated Mick Broster. At Cage Warriors 39, Duffy defeated ”Notorious” via submission in just 38 seconds. Duffy won his next three fights for the promotion that included a first round knockout of Oriol Gaset at Cage Warriors 42. Following an almost three year hiatus from the sport, Duffy returned at Cage Warriors 70 to face Damien Lapilus  in Dublin and submitted him in the third round. At Cage Warriors 74 in London, he won via knockout in just 36 seconds. Duffy is 2-0 so far in 2015, knocking out Jake Lindsey at UFC 185 in Dallas and submitting Ivan Jorge at UFN 72 respectively. Duffy will  tangle with Dustin Poirier at UFC 195 in Las Vegas on January 2, 2016. Good Luck Joe!