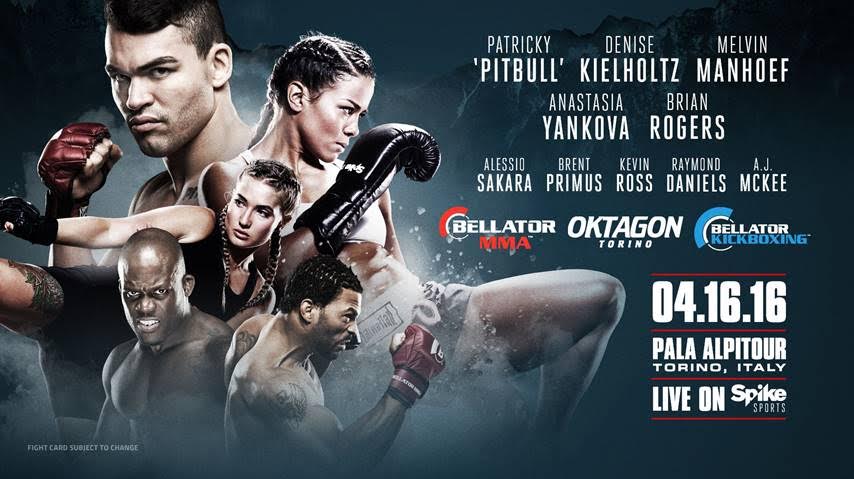 Scott Coker, President of Bellator MMA and one of combat sport’s most accomplished promoters, will launch “Bellator Kickboxing” this April with his partners at Spike. The announcement was made today at a press conference ahead of “Bellator 149: Shamrock vs. Gracie,” which airs tomorrow night on Spike at 9e/8c.

Bellator Kickboxing will feature many of the world’s best kickboxers including Joe Schilling, Raymond Daniels, Kevin Ross, Keri Melendez and Anastasia Yankova, who were in attendance at today’s press conference. The current Bellator MMA team based out of Santa Monica, CA will run the new league.

Coker has over 30 years of experience promoting combat sports, overseeing both K-1 and Strikeforce Kickboxing leagues during his illustrious career. “Kickboxing is a thrilling, non-stop action-packed sport that I believe will resonate with MMA fans,” said Coker. “Our first goal is to develop stars and showcase these incredible athletes on the #1 home for combat sports, Spike TV.”

The first event for Bellator Kickboxing will be a co-promoted show with Bellator MMA and Oktagon Kickboxing on April 16 at the Pala Alpitour in Torino, Italy.

The Bellator Kickboxing event’s headliner will feature Melvin Manhoef vs. Alexandru Negrea as well as a 5-round title fight when current ISKA 72kg champion Mustapha Haida will move up in weight to challenge Karim Ghajii for his ISKA 75 KG belt. Other participants competing at the inaugural Bellator Kickboxing extravaganza include Ross, Daniels and Denise Kielholtz.  Opponents for these participants will be announced in the near future.

Details on future events will be announced in the near future.