Over the years, Cage Warriors has become known for producing many UFC 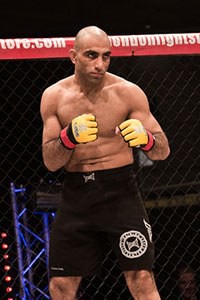 stars like Jim Alers and Arnold Allen. In today’s episode of Across The Pond, you will meet another Cage Warriors veteran hoping to punch his ticket to the UFC in the near future. A professional since February 2010 and representing Frontline Academy, Mohsen Bahari owns a 8-3 record in eleven career bouts consisting of three knockouts, three decisions and two submissions. Mohsen is best known for his time in Cage Warriors.