In order to remain a champion, a fighter must methodically eliminate everybody 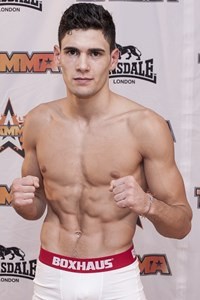 in their path to retain the belt. In today’s episode of Across The Pond, you will meet a fighter looking to continue his dominance at BAMMA 26 on September 10th. A professional since September 2011 and representing IMAG, 23 year old Rany Saadeh owns a 8-1 record in 9 career bouts consisting of three knockouts, four decisions and one submission. Rany is currently the BAMMA Flyweight champion.