Leader of the Pack

Every fighter possesses their own unique style in Mixed Martial Arts. 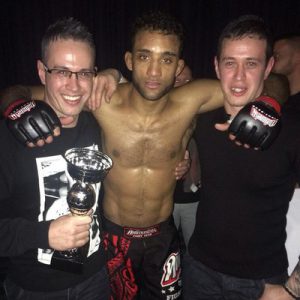 In today’s episode of Across The Pond, you will meet a fighter whose unorthodox style has him poised to capture the BAMMA Lightweight title at BAMMA 27 on December 16 in Dublin. A professional since March 2015 and representing Wolfpack MMA, Jai Herbert owns a 4-0 record consisting of three knockouts and one submission.

In his MMA debut at Full Contact Contender 12, Jai knocked out Omid Mohammadi in the second round. He also knocked out Martin Sweeney at Full Contact Contender 13. At BAMMA 23, Herbert faced Ben Bennett and knocked him out in round two. Then he submitted Tony Morgan via rear naked choke in the second round at BAMMA 25. Jai will now face Rhys McKee for the Lightweight title at BAMMA 27 on December 16 in Dublin, Ireland. Good luck Jai!