The Southwestern United States has quietly become an MMA hot bed rich with talent. In today’s episode of Across The Pond, you will meet a rugged, durable fighter looking to brin 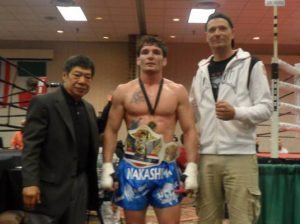 g the heat at LFA 11 on May 5. A professional since January 2015 and representing The MMA Lab, James Nakashima owns a 6-0 record with all six of his victories coming via decision.