by Peter Knox
in MMA News
45

Aaron Chalmers, star of reality TV show “Geordie Shore” made his MMA debut at BAMMA 29 in Birmingham last March when he submitted Greg Jenkins via first round Kimura.

Now if you thought BAMMA would up the ante and give Chalmers a stiffer test … you would be wrong. The Mirror revealed that the next opponent to take on the reality TV star is Alex Thompson, making his professional Debut, whilst riding a 4 fight losing streak (including 3 first round stoppages) as an amateur and an overall record of 2-4. 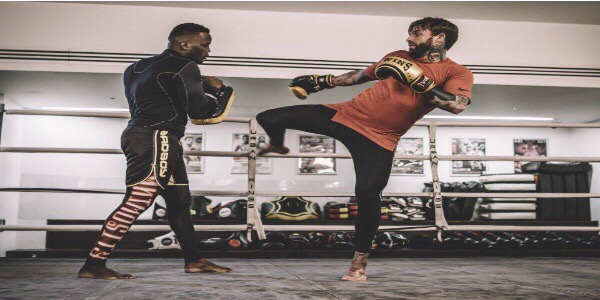 As Thompson looks to be the first man to beat Aaron Chalmers at SSE Wembley Area on September 15th, do you think this is fair match making or again is Aaron Chalmers being fed a sacrificial lamb to boost ratings…
BAMMA 31 will be headlined by Chi Lewis-Perry taking on Maurice Jackson in heavyweight action.