by Myles Painter
in Across The Pond, UFC
2 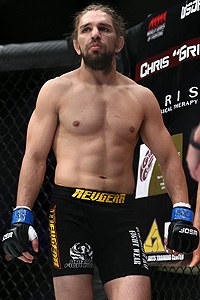 Arizona has produced the likes of UFC veteran Benson Henderson and many more highly respected MMA names. In today’s episode of Across The Pond, you will meet a southwest tactician looking to rebound in enemy territory at UFN 119 on October 28. A professional since October 2008 and representing 2 Knuckle Sports MMA Academy,  31 year old Chris Gruetzmacher owns a 13-2 record in fifteen career bouts consisting of six knockouts, three submissions and four decisions. Chris is best remembered for his stint on The Ultimate Fighter Season 22 as a member of Team USA.