by Peter Knox
in MMA News
3

On Top Toe 2 Toe took place at the ON-X Centre in Linwood on Saturday 30th September, 2017. 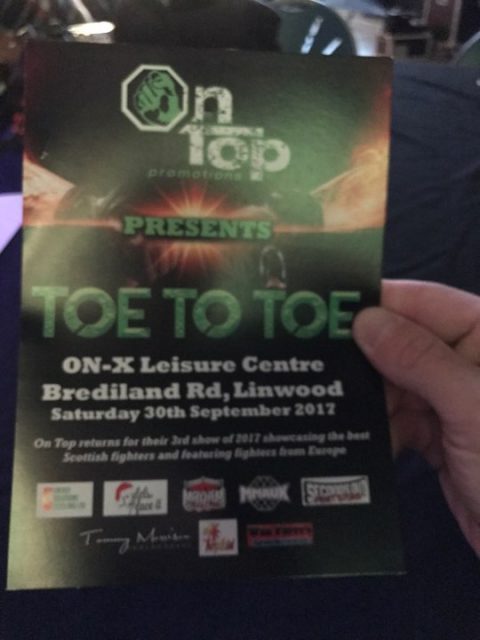 It all started for me when I got picked up by my colleague James who was going to be doing post fight interviews. We wanted to arrive early but were unprepared for the football traffic so were a bit late but when we arrived we were informed the show was 2 hours behind schedule and everyone was working frantically behind the scenes to get everything ready on time so we knew instantly it would probably be a late start and possibly a long night if a lot of fights went to a decision.

Once my full team arrived we found out there was no where for us to do post fight interviews and because of the noise levels it would be virtually impossible to do many but we managed to sneak a couple in.

Also my colleague James got off to a great start by walking in and using the female toilets but I think the women in their thought he was one of them anyway.

One Great thing about covering On Top shows is they provide us with our own media table which is a godsend as we have somewhere to use our equipment. I had a team covering a show recently where they had to sit on the floor but luckily for us James Lake and Tam Collins know the importance of looking after main stream media and the coverage we can bring to their brand.

The venue filled up quickly as the fights were about to start and one thing I love about On Top shows is the fun party atmosphere it creates. It’s like a nightclub with a cage in the middle. The table next to us spent as much time dancing to the music as they did cheering for the fighters.

The first couple of fights were quite quick with 2 second round stoppages with a TKO for Stuart George and a neat armbar in the second fight by Josh Reynolds.

We then had a run of two fights that were decided by unanimous decision in which we thought were very close fights and wins for Logan McGonigal and Gareth ‘Gates’ Jones. 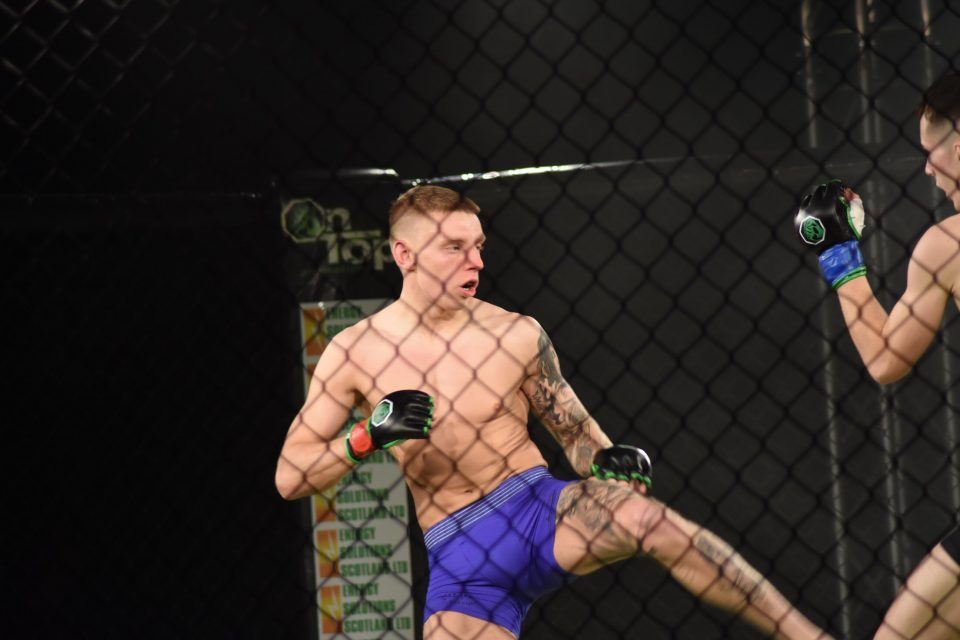 The next couple of fights were quick and frantic and ended very quickly indeed with a rare naked choke win for Phil McLeod and in the other battle Paul Whitelock beat Scott Gillespie-Hamilton with a guillotine choke but Scott broke a rib during an early scramble in the fight.

Next up was David Slattery  Vs. Przemyslaw Krakowiak and the height and reach advantage Slattery had been massive. It was a closely contested fight though which Krakowiak took by majority decision.

We then had a couple more submission wins for Pawel Wlodarczak and Nik Binning. It’s great to see the very high skill level of up and coming fighters. The future of Scottish MMA is in good hands.

But in between those two fights and after a short break it was time for something different a Muay Thai fight in a cage with MMA gloves between Jenna Ross and Kat Paton. I was very much looking forward to this fight and not because it was 2 very attractive and fit women fighting. 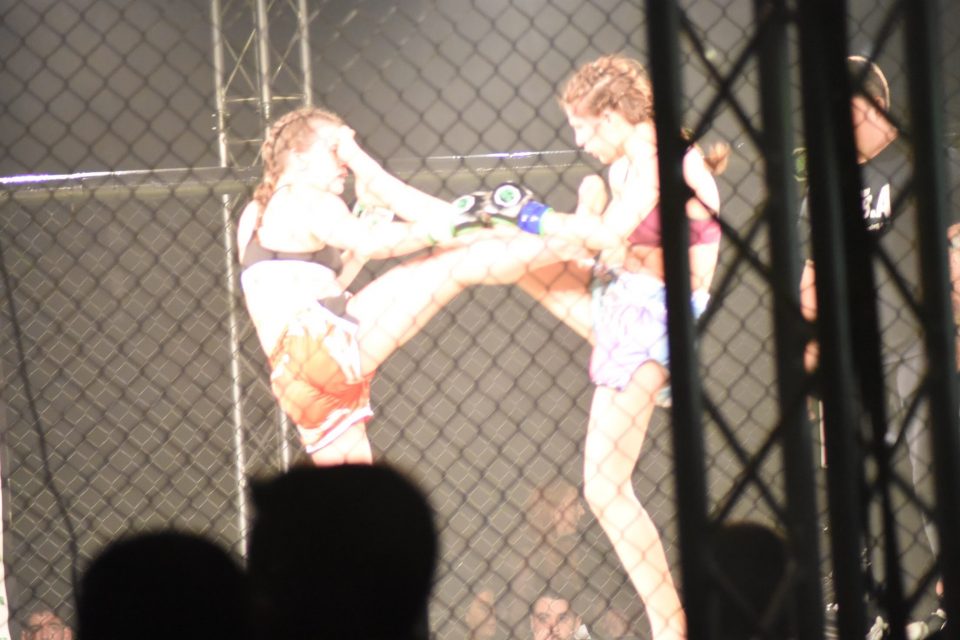 I am not an expert on Muay Thai and all i knew that this was their third fight against each other and they were one apiece. Paton got knocked down a couple of times in the first round but recovered well. It was weird seeing someone knocked down and allowed to get back up without the other fighting swarming over them on the ground.

Everyone at the media table thought Ross had won when it went to a decision but they gave it to Paton but i know in Muay Thai fights you score more points in later rounds but i have no idea if we had Muay Thai judges in for one fight or if the MMA  judges scored it or how they scored it but it was an entertaining fight none the less.

3 very close fights next and all went to decisions for Jordan Struthers who beat highly experienced fighter Padraig Magee in a great fight.

James Bunten was next with a decision win over a very tough opponent in Steven Pirie and in the third decision fight Kiran Reid beat Damon Donald in a very close contested fight which could have went either way.

First Knockout of the night was next with a quick knockout for Austin Lynch over Kieran Conlin in round one and because the show was running late we then had the quickest On Top raffle of all time with winners running to the cage to collect their prize so we could crack on with the final two fights.

The Co main event was a Lightweight title fight and originally it was meant to be Chris Duncan Vs Kieran Connor but unfortunately Connor had to pull out at late notice due a to family emergency and we wish the Connor family well and hope everything is ok and hopefully see Kieran back in the cage in the near future. 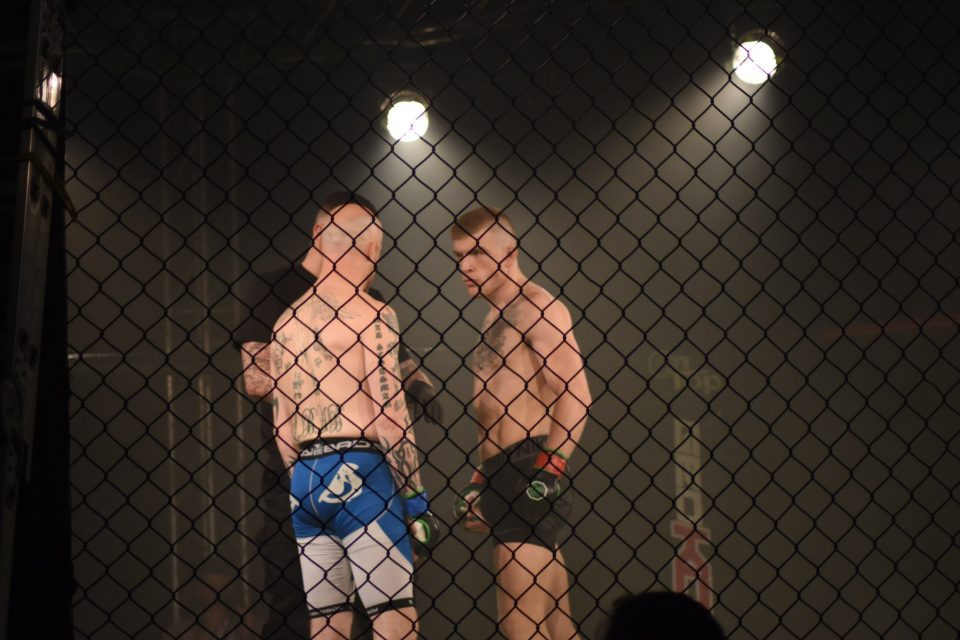 Luckily On Top got a late replacement Andy Nunn in and a very impressive Chris Duncan wasted no time in getting the job done winning the fight via TKO and becoming the new lightweight champion. 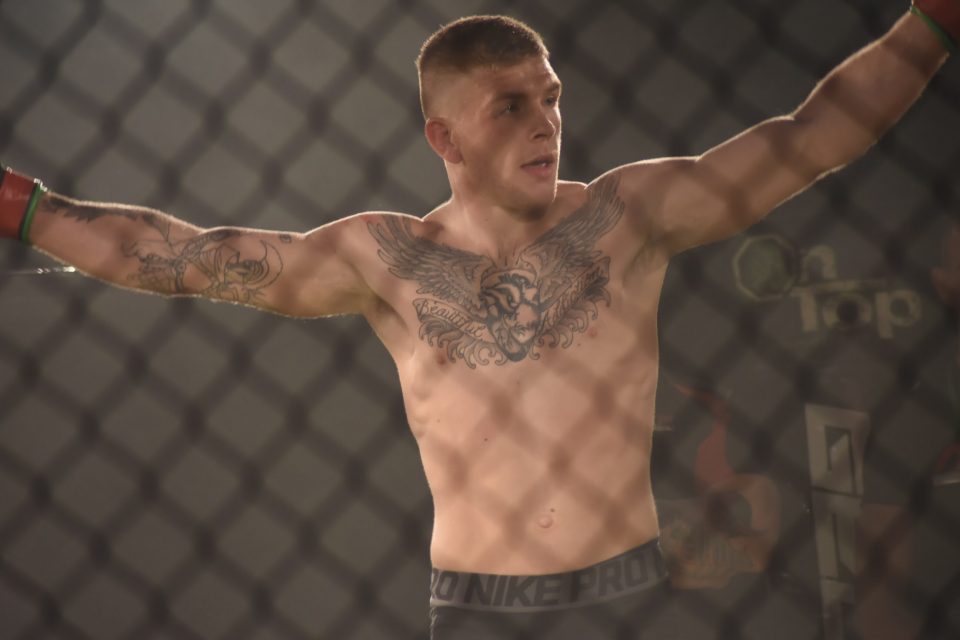 Main event time and this was the fight for the pro lightweight title i had been waiting for all night to watch between Stevie Mcintosh and Daniel Rutkowski but unfortunately in the first round Mcintosh took a low blow and the sound it made was horrible. 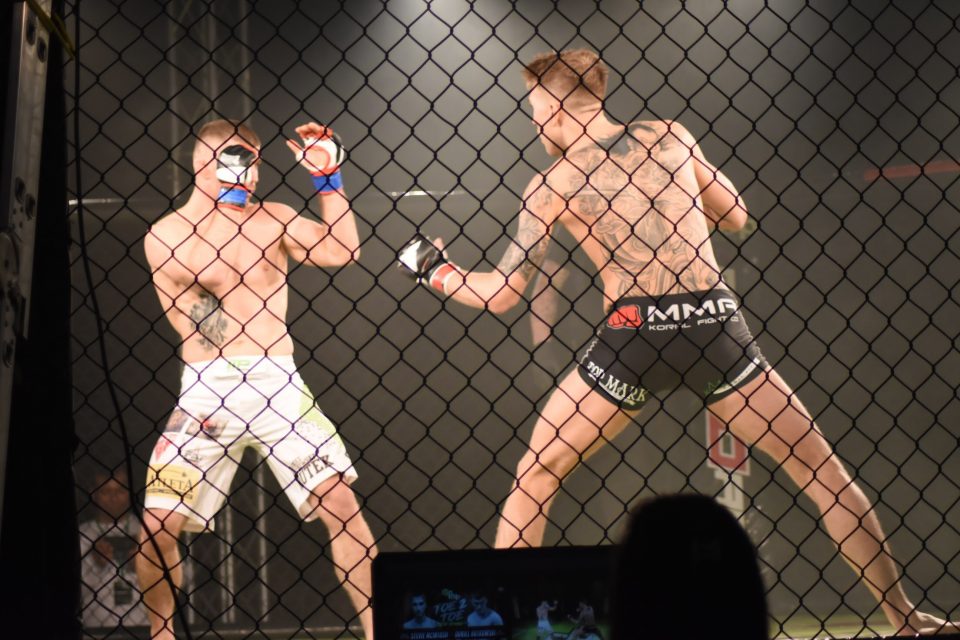 I think every man in the arena had a tear in their eye. After being sick for 5 mins lying down at the cage door the fight was ruled a no contest which was a shame as this fight started off very evenly matched and hopefully when Mcintosh recovers they can both go again.

Overall it was another great event by probably Scotland biggest show at the moment and we can’t wait until On Top officially announce their next event and rumours are there will be one more show this year.

Talking about rumours there was one that Conor McGregor cancelled his London show last night so he could come to On Top to sample the party atmosphere that this show creates but I heard he didn’t have a ticket and he got refused entry.