The UFC‘s Lightweight division is flooded with plenty of talent hungry sharks. In today’s episode of Across The Pond, you will meet a scorching Lightweight looking to continue his hot rise at UFC 218 on December 2. A professional since April 2014 and representing The MMA Lab under the guidance of head coach John Crouch, 29-year-old Drakkar Klose owns a 8-0-1 record consisting of four knockouts and four decisions. 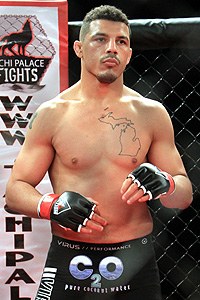