CES MMA has been the springboard from witch many eastern prospects launched their UFC dreams. In today’s episode of Across The Pond, you will meet a python-like fighter whose complex submission arsenal makes him one to be reckoned with in the UFC’S ultra talented Featherweight division. A professional since August 2012 and representing American Top Team, 31 year old Charles Rosa owns a 11-3 record in fourteen career bouts consisting of seven submissions, three knockouts and one decision. Charles is also a CES MMA veteran. 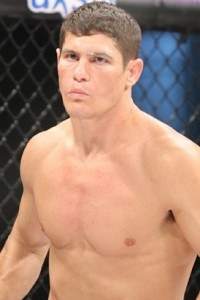 In his MMA debut Charles submitted Hauley Tillman via armbar in the first round. He defeated Jayson Jones via TKO in round one. Charles won his next three contests witch included wins over Aaron Steadman and Steve McCabe respectively. At CES MMA 20, he submitted Ralph Johnson in the first round via anaconda choke. Charles defeated Keith Richardson via TKO in the second round at Fight Lab 35. He tapped out his next two opponents in Jake Constant and Brylan Van Artsdalen respectively. In his second UFC appearance at UFN 59, Charles submitted Sean Soriano in round three via brabo choke.for his fourth UFC outing Charles faced Kyle Bochniak at UFN 81 via unanimous decision. The man nicknamed ”Boston Strong” is definitely doing eastern MMA full justice!

The Eagle Has Landed