MMA is all about making the most of the opportunities that the sport presents. In today’s episode of Across The Pond, you will meet a tenacious fighter looking to capture the LFA featherweight title at LFA 31 on January 19. A professional since June 2013 and representing The MMA Lab under head coach John Crouch, 27-year-old Bobby Moffett owns a 10-2 record in 12 career bouts consisting of six submissions, three decisions and one knockout. Bobby has fought for various promotions like Resurrection Fighting Alliance. 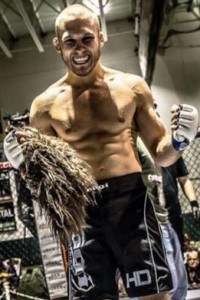