The issues of Uriah Hall trying to make-weight, suffering a seizure, possible kidney problems and getting hospitalised raises yet again the very real dangers of weight cutting in MMA. Issues arising from brutal weight cuts can range from severe dehydration, brain damage, organ failure and even death, it’s as much a danger to fighters as the sport itself. 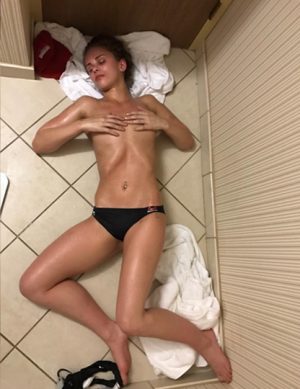 Chris Leben is now on medication for life as a result of cutting weight, cutting 21 pounds in 24 hours to make-weight for a fight with Mark Munoz, an example of what fighters do to their bodies.

You only have to look at the pictures of a gaunt Conor McGregor when he was fighting at Featherweight to see the effects of what fighters do, a reputed 10% of body weight cut in 24 hours to make the required weight in some cases.

There is an excellent documentary currently on BBC iPlayer as part of their Extraordinary Bodies series, which highlights both the severity and the dangers of cutting weight.

Its not just the lighter weight classes where the problem is, in the infamous Bellator fight, Kimbo Slice v Dada 5000, Dada reportedly dropped 40 pounds in a few weeks, and collapsed mid way through the third round and reports stated his heart stopped on the way to the hospital before he underwent life-saving treatment for kidney failure.

Everybody in the sport is aware of the problem, but solving it is a completely different matter, a real willingness to address it would be a start. There are far less weight divisions in MMA than boxing where a few pounds separate a weight class, in MMA its a stone or more. Adding more weight division’s would help, but not solve the problem, fighters would still try to gain a physical advantage by fighting as low as possible rather than nearer their natural weight.

Regular monitoring of a fighters weights in the week/s leading up to the fight would be a major step forward, and a check weight on the day of the fight.

The problem is obvious, the solution not so.