This week Hollywood shines a little brighter with it’s biggest award show and glamorous after parties. So why not mix in an equally sophisticated fight night? Steve Orosco from Smash Global thinks so. 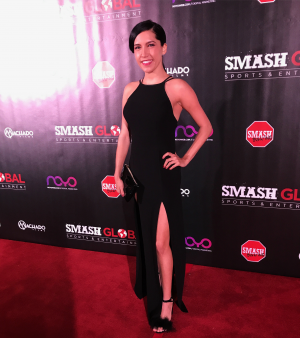 Smash Global Vll celebrated the night honouring Brazilian Jiu-Jitsu master Rigan Machado with their signature belt and a video compilation with the many celebrities and athletes he trains. Some were there to thank him in person, did you know Mel Gibson and Charlie Hunnam train? In fact, Rigan says Charlie is skilled enough to compete if he ever decides to leave the big screen. Mel Gibson was also honoured with the signature pop up belt given to someone in the MMA community that makes a significant impact by helping others in need. I wonder if he’ll put the belt on the mantel with the Oscars? 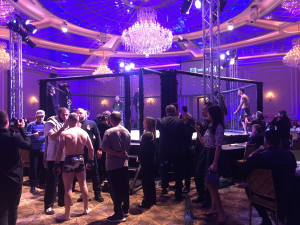 The night included a dramatic opening act who mesmerized as she worked the room singing in between tables, an art exhibition and of course an exciting fight card! 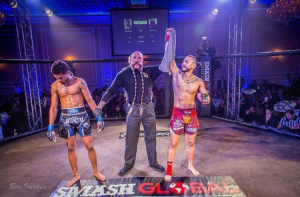 The black-tie MMA affair and red carpet interviews via Gabriel Gonzalez and Michael Sartain will broadcast in the following weeks on Pluto TV and SmashGlobal.com 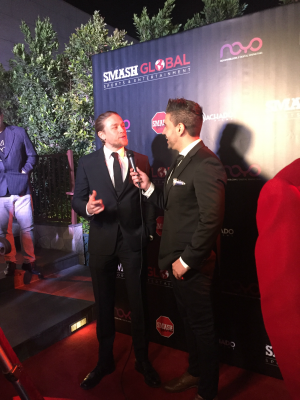