Bak vs Jacobsen, Foss vs Mason announced for CW93 in Gothenburg, Sweden

by Frankie Anderson
in Cage Warriors
46

Cage Warriors announce a huge Denmark vs Norway clash for the lightweight division in Soren Bak vs Alexander Jacobsen, as well as a welterweight bout between Håkon Foss and Jack Mason for the promotion’s return to Scandinavia on April 28thThe Scandinavian MMA landscape just got very interesting. Cage Warriors, Europe’s leading mixed martial arts promotion, have announced that top lightweight contenders Soren Bak and Alexander Jacobsen will meet on April 28th as part of CW93’s massive card at Gothenburg’s Lisebergshallen. Bak’s world-class submission skills will come up against the ferocious knockout power of Jacobsen, and with both men coming off impressive finish wins over two serious contenders, this bout will see the winner eyeing a shot at the coveted Cage Warriors Lightweight title later in 2018.

In the welterweight division, Norway’s Håkon Foss faces England’s Jack Mason. Foss has proved himself as a seriously tough competitor since debuting with Cage Warriors last year, submitting Martyn Harris in under a round and staging a fight of the year contender with Jamie Richardson at CW86. He’ll face a hardened veteran in Jack Mason, who has 35 professional fights to his name and has faced some of the division’s best. 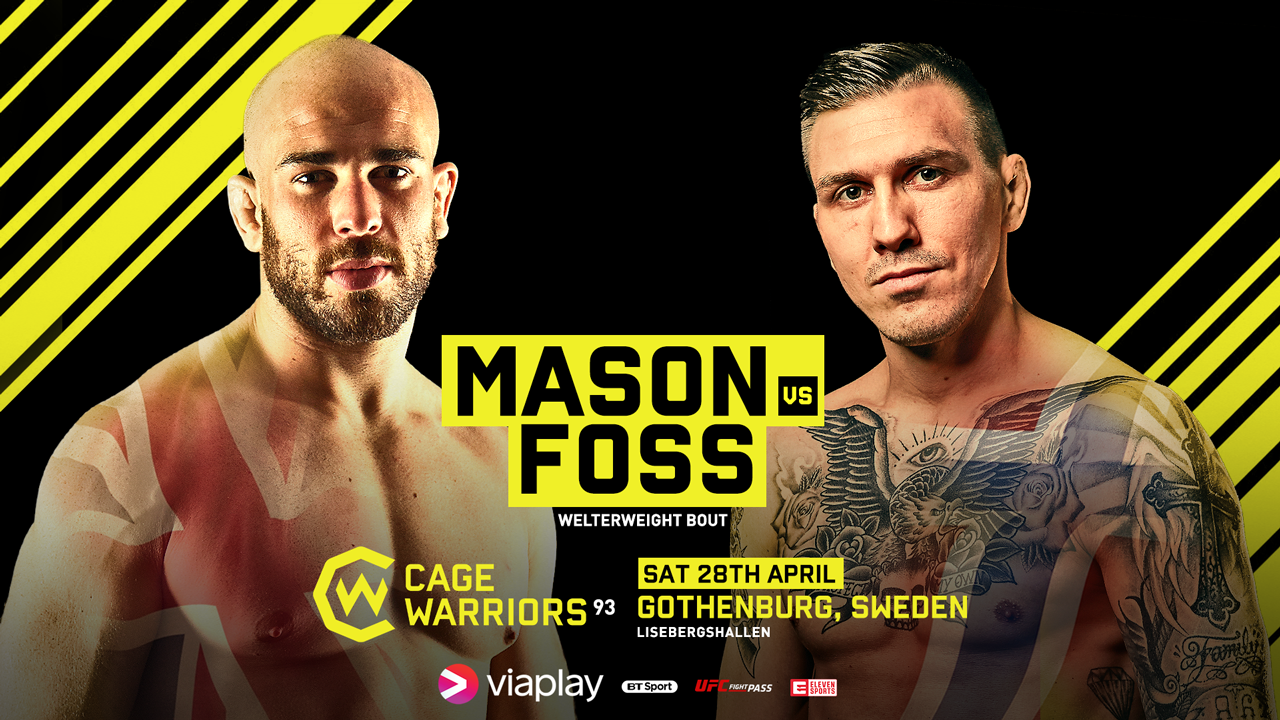 “Some of the most exciting guys ever to fight for Cage Warriors have come from Scandinavia,” Cage Warriors President Graham Boylan said. “We’re giving them a platform to put on an incredible show for Scandi fight fans alongside Viaplay, one of the most respected broadcasters in the region. Scandinavian fans are world famous for the amazing atmosphere they create. April 28th is going to be incredible.”

With Alan Carlos vs Norman Paraisy already announced and huge international stars such as Kenneth Bergh and Nicolas Dalby still to be matched, CW93’s mammoth card is looking to top their hugely successful last visit to Scandinavia.