by Frankie Anderson
in Kickboxing, ONE Championship
0

MTGP and WMC Muay Thai World Champion Charlie “Boy” Peters is about to step into the ONE Circle on 22 November in ONE: EDGE OF GREATNESS, happening at the Singapore Indoor Stadium. He goes up against 2019 WBC Muay Thai Diamond Middleweight Champion Petchmorakot Petchyindee Academy in a ONE Super Series Muay Thai contest.

The warrior from London has 45 career wins under his belt, 30 of which are by knockouts and is looking to make a splash in the world’s largest martial arts organization.

Although Peters grew up playing rugby, he soon found himself being drawn to Muay Thai. Eventually, he gradually shifted his training to the art of eight limbs, and moved to the martial art’s birthplace of Thailand to build a strong foundation and pursue his calling.

Heading into his first ONE Championship bout, Peters is honored to be among the world’s top strikers.

“The level in ONE is the highest of all promotions,” Peters said.

“It really is the top fighters around the world in one place.”

Rolling out the carpet for the English warrior is Thailand’s very own Petchmorakot who is in pursuit of redemption after his failed bid in the ONE Featherweight Kickboxing World Grand Prix. Despite his young age, the hero from Ubon Ratchathani has a notable professional record of 159-34-2 and has gone toe-to-toe with the biggest names in the sport. 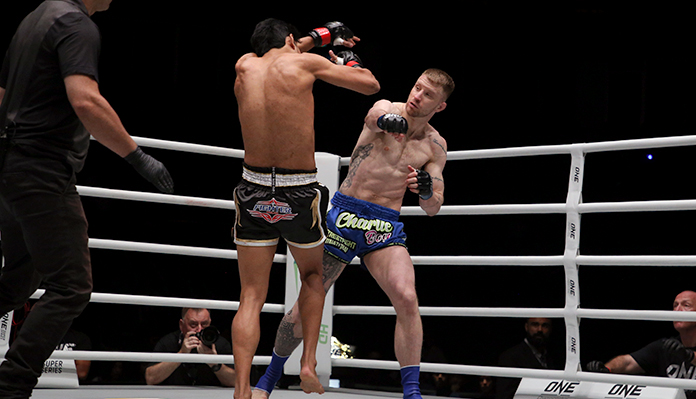 Peters has nothing but praise for his esteemed foe.

“I can say many great things about Phetmorakot,” Peters said.

“He is a very established and strong opponent. I am very excited to be facing someone at his level. He has many strengths and equally as many weaknesses. He is aggressive, which can always be a downfall with the right opponent.”

“You can expect lots of punches and a strong game from me,” Peters concluded.

What Next For Jorge Masvidal?