The first MMA promotion to brave the new frontier?

by Chris Emmanuel
in MMA News
0

As reported by MMA Junkie on January 21st, France has taken a major step towards finally legalising the sport of mixed martial arts, giving the boxing commission (Fédération Française de Boxe) oversight of implementation. The French have produced a conveyor belt of talent over the years, with the likes of Cheick Kongo, Cyrille Diabate, Francis Carmont, Tom Duquesnoy and now Francis Ngannou plying their trades away from their home shores in global promotions. This was due to change as of January 1st 2020, when in April of last year, the French Minister of Sports, Roxana Mărăcineanu, announced that the ban was being lifted and combat sports fans would finally be able to welcome the major MMA promotions to home soil.

To be expected, speculation about who would be the first to break into the French market was rife, with pundits and journalists mooting the prospect of the UFC, Bellator and even the likes of Brave CF and KSW eyeing the prospect of being the first to set their stall out in Paris. However, it may be a lesser known English promotion who beat the MMA monoliths to the punch.

Today, MMA Battle Arena released this unaccompanied picture on their social media platforms, dropping a strong hint that they may jump to the head of the queue and steal a march on their global rivals. 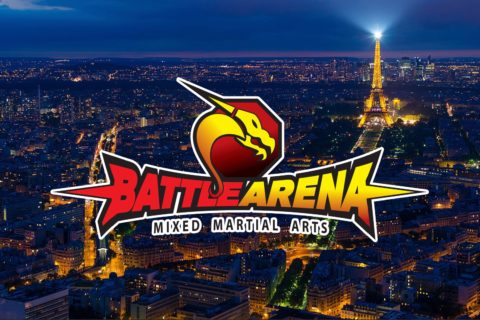 The UK-based promotion have quietly amassed a fan base across mainland Europe, flying in talent from across the continent for the past ten years. Initially known as a wholly amateur promotion, MMA Battle Arena have added professional bouts to their events during the past eighteen months. Whilst maintaining the base of their events in the Midlands of England, the promotion have started to venture to new regions, with an event in the Republic of Ireland in 2018 and a first show booked in Scotland on April 11th 2020. Will they now look to cross the English Channel and set up home in the newest frontier of the sport?

MMA UK has reached out to MMA Battle Arena for further comment.