by Sam Oakley
in UFC
0

These are the words you have probably heard more than any others since UFC 247’s incredible, yet controversial main event. Despite not even being given a chance by many, Dominick Reyes now has fans and journalists alike in an uproar; all convinced that he actually defeated Jon Jones. The entire night was characterised by questionable, if not downright incompetent judging decisions, and thus despite Reyes’ eye-opening performance, Jon Jones is still the 205lb king. 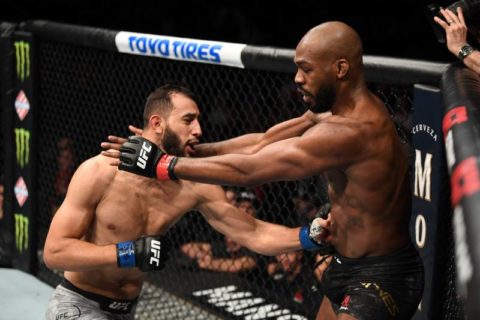 Jones has been in a unique position these past few years. After a decade spent cleaning out his division, it’s been difficult to find match-ups for fans to get excited about; contenders that hardcore and casual fans alike will see as a very real threat to the dominant champion. In my opinion, this changed with Jones’ last two fights. Thiago Santos became the first man to win a judges’ decision over Jones last July, and Dominick Reyes will be hailed as the uncrowned king for the rest of his career. While Jones successfully retained his championship in both, something was different: Jon Jones looked vulnerable. By no means am I saying Jones is washed, but it’s clear to see that after over ten years competing at the top, he’s not the same explosive, young risk-taker that he once was. That youthful, reckless abandon he once had now lain within Dominick Reyes, Thiago Santos, Corey Anderson, and the plethora of fresh blood in the light-heavyweight division. All of whom are hungry, and none of whom fear Jon Jones. Then we have middleweight champion Israel Adesanya, who has taken Daniel Cormier’s spot as Jones’ new rival. Adesanya’s rapid ascent has been a sight to behold, with the Auckland native improving at an astonishing rate, and swearing to defeat Jones in the summer of 2021. None of this is to say that Jones cannot defeat these men, but rather that after years of near-apathy from fans, there is no more reason than ever to get excited about what the future may hold for Jon Jones. There’s a queue of new faces knocking on his door, and Jones’ seemingly impenetrable armour has shown a few cracks. There’s no telling who will be the man to do the impossible, but if Jones sticks around long enough then it’s bound to come eventually, and that’s as good a reason as any to tune in, and take each coming contender very seriously, lest you look like the fools who mocked Dominick Reyes prior to Saturday. 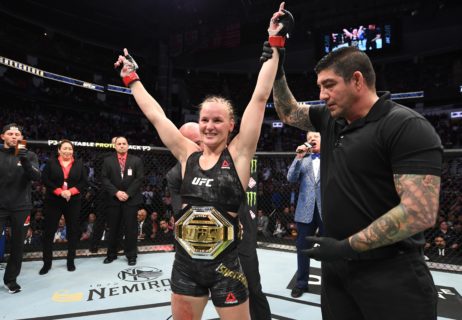 The co-main of the night, however, was free from controversy, as flyweight champion Valentina Shevchenko defeated Katlyn Chookagian in what can only be described as complete and utter annihilation. Much like her past three defences, it was clear from the start that Shevchenko is simply on a different level to her entire division. Unlike Jon Jones, however, the number of exciting, fan-friendly match-ups is dwindling, with the only clear one being one final shot at the GOAT Amanda Nunes. While this is the obvious answer, I think more can be done with Shevchenko’s growing stardom. The cheers for her on Saturday were proof enough of the love fans have grown to have for the Kyrgyzstani champion. Combine that with the ‘Russian spy’ conspiracy rumours that her effortlessly cool image has cultivated, and you have a recipe for the next big women’s MMA star. So without sounding too unfair to the rest of the division, I think it would be fun to have her continue to dominate, in Ronda-esque fashion, and build up that image so that the third clash with Nunes is that much more of a super fight. And if someone were to scupper those plans, pull an upset, and usurp Shevchenko, then hell, then we’d really have something to talk about.