Who’s Next? Who should the winners from UFC Fight Night: Moraes vs Sandhagen fight next?

After another action-packed event on Saturday night that saw many spectacular finishes and impressive performances, we look toward what these wins mean for the victors, what future matchups they could potentially be heading towards in the future, who’s next!? 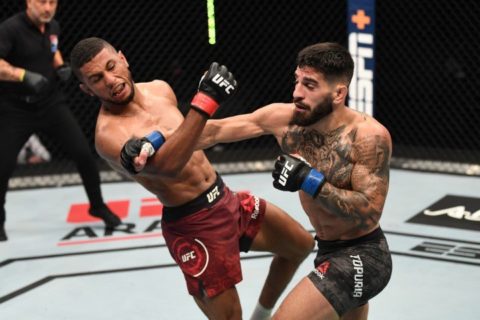 Ilia Topuria put on an impressive performance against Youssef Zalal on Saturday night during his UFC debut, he was victorious over the 4 fight UFC veteran defeating him via unanimous decision. He used his wrestling skills to take Zalal down multiple times and used his grapping advantage to stifle his opponents striking, Topuria is unbeaten and moves up to 9-0 with the win. At only 23 years of age the youngster will be looking to get back into the octagon sooner rather than later. So who should Topuria fight next? I’ve chosen someone who has a similar record and this fighter would be a good test for the UFC newcomer and the fight makes sense for both fighters. 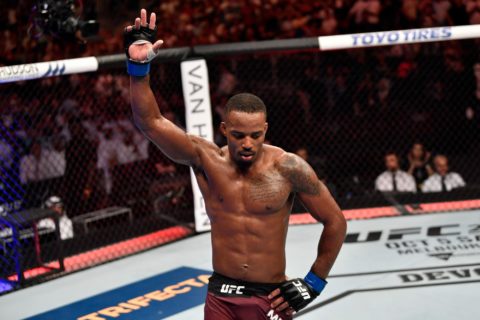 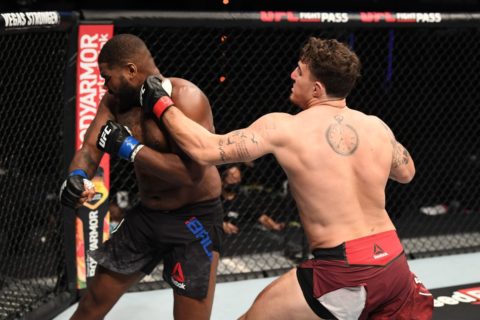 Tom Aspinall continues to burst through the heavyweight division as he earns another first round finish in his second UFC bout as he takes out Alan Badout with strikes. The Englishman has spent less than 3 minutes combined in both his octagon appearances so will be looking for a step up in competition in his next bout, whether that be the end of this year or early next year. I’ve chosen an opponent for Aspinall that is on a similar road with 2 UFC bouts under his belt and also 2 finishes in the very first round. This fight would be a stand up heavyweight battle that wouldn’t last past the first round. This fighter also earned a first round KO on Saturday night. 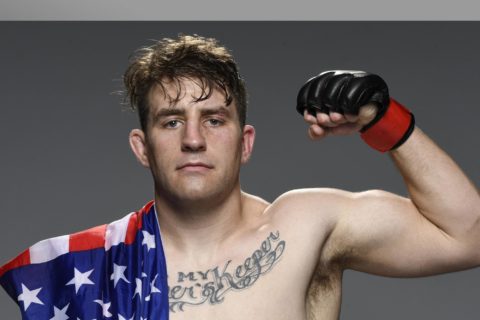 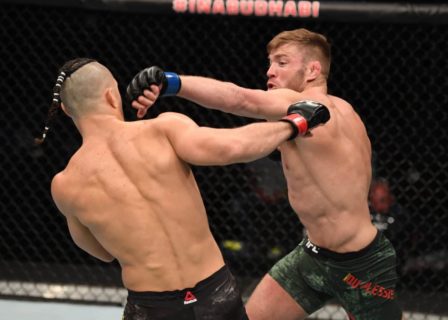 Driscus Du Plessis was another fighter making his promotional debut with the UFC and against tough opposition in Markus Perez, he passed the test with flying colours after dispatching of Perez in the very first round, catching him with a left hook that put away the Brazilian. Plessis has caught all the other middleweights attention after this performance, the South African fighter is now 15-2 and will be looking to build on his first win. An interesting matchup for Plessis would be to continue to test his stand-up skills against another middleweight striker who hasnt seen major success with the organization but also needs to build upon his last win. 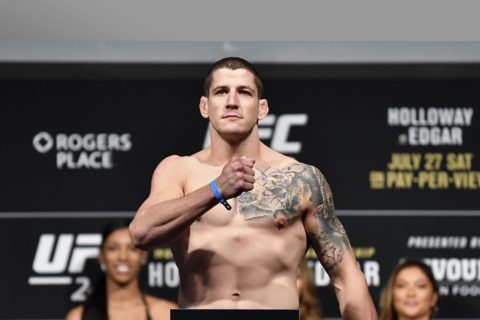 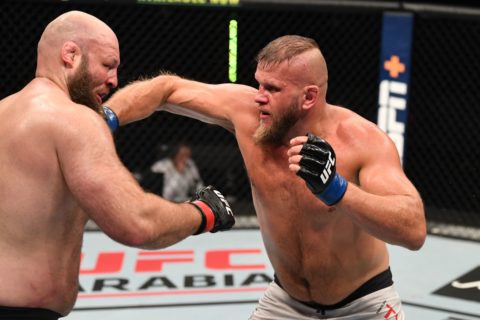 Marcin Tybura is a veteran of the UFC heavyweight division and has been with the company since 2016, on Saturday night he was victorious over another UFC vet in Ben Rothwell defeating him via unanimous decision. Tybura in now riding a 3 fight win streak and is unbeaten in 2020, he will be looking to fight his way back into the rankings in his next fight. I think that Tybura deserves to fight someone in the top 15 next and needs to be tested and earn his way back into the rankings, this fighter is on a 2 fight win streak himself after finishing both of his recent victims in the first round. 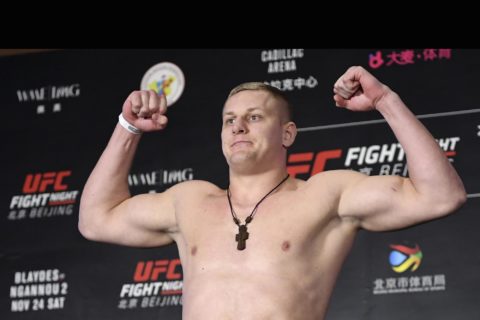 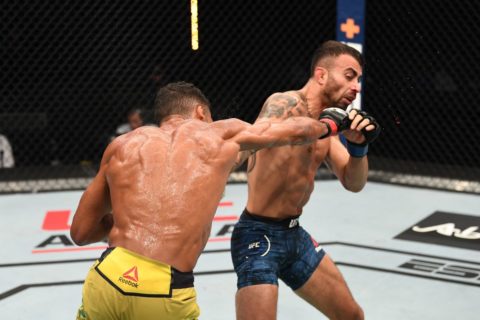 The longtime UFC veteran Edson Barboza was in desperate need of a win this weekend and he delivered by defeating Makwan Amirkhani by unanimous decision. Barboza was back to his best Saturday night as he picked apart his opponent by dropping Amirkhani multiple times with his jab and landing huge leg kicks to the body and legs. He stated after the fight that he wants to get back into the octagon as soon as possible, a great matchup for Barboza would be pairing him against a fellow striker. Recently another featherweight stated that he wants to fight someone who won’t run away from him and stand striking with him in the middle of the octagon, so i think this matchup would be a great bout for Barboza’s next fight! 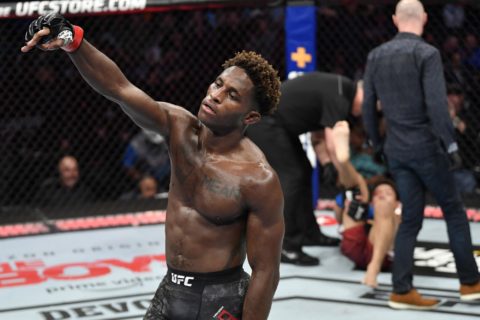 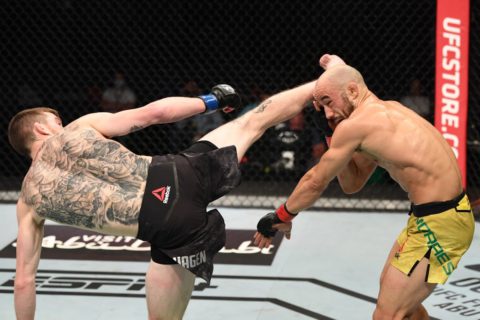 The main event on Saturday night saw Cory Sandhagen finish Marlon Moraes in spectacular fashion after picking up a TKO victory with a wheel kick! He made a statement and reminded the bantamweight division that although he faced a setback in his last bout against Aljamain Sterling he is still the one to watch. With a looming title fight between champion Petr Yan and Aljamain Sterling in the midst and rumours of the bout taking place and the end of the year or early next year it leaves either two options for Sandhagen, wait for the winner of the title fight or fight again to stay active. If Sandhagen decides to stay active and fight again its tough to decide an opponent for him as he has just defeated the #1 ranked bantamweight in the world. The man himself said he would like to welcome back someone to the division and that would be the best matchup for him if he decides not to wait for the winner of Yan vs Sterling. 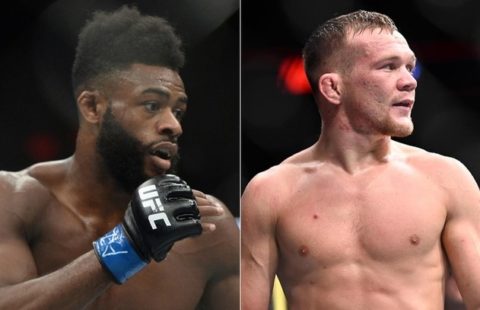 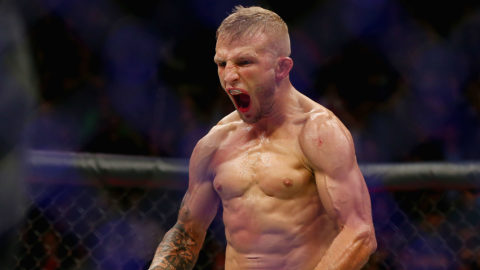