by MMA UK
in ONE Championship
0 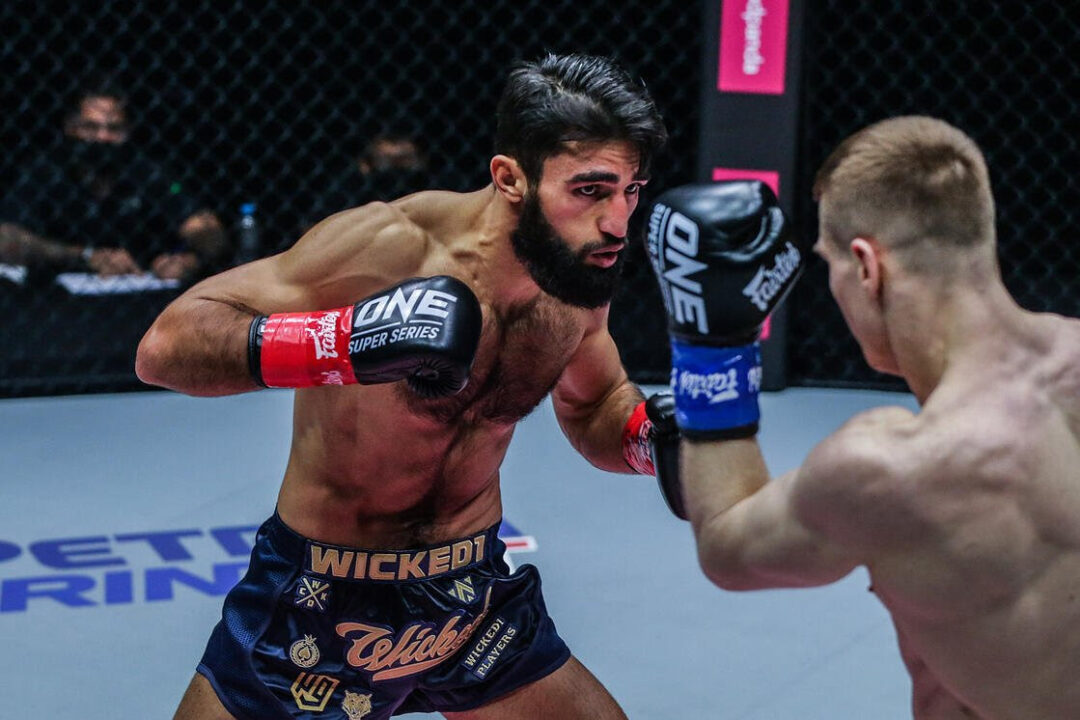 The largest global sports media property in Asian history, ONE Championship™ (ONE), returned to the Singapore Indoor Stadium with another blockbuster live event. ONE: BIG BANG featured an incredible display of talent, skill, and willpower from the best martial artists in the world.

In the main event, multiple-time Kickboxing World Champion Marat Grigorian of Armenia and Belgium made a successful ONE Super Series debut, finishing opponent Ivan Kondratev of Russia with a debilitating shot to the liver in round two.

Kondratev stunned Grigorian in round one, connecting on a wild left haymaker followed by a sharp right hook that dropped the Armenian-Belgian striker.

With a heightened sense of urgency, Grigorian came out firing in round two. He punished Kondratev along the Circle Wall, attacking with furious combinations that were punctuated by a well-placed hook to the midsection, which dropped the Russian to his knees. Kondratev was unable to beat the referee’s count, and Grigorian was awarded the knockout victory.

In the co-main event, #5-ranked featherweight Garry “The Lion Killer” Tonon of the United States kept his unblemished record intact with a virtuoso performance against #3-ranked featherweight Koyomi “Moushigo” Matsushima of Japan. Tonon, a former Brazilian Jiu-Jitsu No-Gi World Champion, wasted no time bringing the action to the mat in the first two rounds, where he overwhelmed Matsushima with a variety of submission attacks. Wary of Tonon’s high-level ground skills, Matsushima could do very little on the feet, as he focused on surviving Tonon’s relentless submission attempts. In the end, all three judges scored the bout in favor of Tonon to win by unanimous decision.

ISKA Super Heavyweight World Champion Murat “The Butcher” Aygun of the Netherlands and Turkey announced his arrival in ONE Super Series in spectacular fashion, pummeling Brazilian Kickboxing Champion Anderson “Braddock” Silva with powerful strikes. Aygun showcased his brute strength early, battering Silva across the Circle in the first few minutes. Silva scored on a flash knockdown in round two courtesy of a left hand that knocked Aygun off-balance. In the third round, Aygun turned up the pressure and stalked Silva, who was nearly finished before the final bell. All three judges scored the bout in favor of Aygun to win by unanimous decision.

Two-time K-1 World MAX Champion Andy “Souwer Power” Souwer of the Netherlands turned back the clock in a vintage performance, overwhelming “Bamboo Sword” Zhang Chunyu of China across three thrilling rounds to win a unanimous decision on the judges’ scorecards. The kickboxing legend tagged Zhang with a plethora of pinpoint combinations throughout the bout. In the middle of the third round, Souwer hurt Zhang with an uppercut and proceeded to tee off on his Chinese foe until the final bell. Zhang survived to the end, but it was a dominant showing from Souwer.

South African wrestling star Bokang “Little Giant” Masunyane made quick work of #3-ranked strawweight Rene “The Challenger” Catalan of the Philippines, winning with a stunning head kick knockout just 37 seconds into round one. A brief exchange of strikes on the feet led to the bout-ending high kick that turned off Catalan’s lights before he hit the canvas.

Malaysia’s Jihin “Shadow Cat” Radzuan turned in a clinical grappling performance, outscoring Vietnamese-American star Bi “Killer Bee” Nguyen across three rounds of solid action to take home a unanimous decision. While Nguyen showed a slight advantage in the stand-up game, Jihin absolutely owned the grappling exchanges throughout the contest. In the final round, Jihin went strike for strike with Nguyen, landing a pair of front kicks to the head to seal the deal on the judges’ scorecards.

Indian wrestling phenom Ritu “The Indian Tigress” Phogat was triumphant once again, stopping the Philippines’ Jomary “The Zamboanginian Fighter” Torres to remain undefeated in mixed martial arts. Torres stunned Phogat with straight punches early on, causing the latter to shoot for a takedown. On the mat, Phogat was the picture of perfection, swiftly moving into a mounted crucifix to end the bout with elbows from the top.

Next, ONE Championship returns with ONE: BIG BANG II, a previously recorded event for global broadcast on Friday, 11 December. In the main event, former ONE Flyweight Muay Thai World Champion and current #3-ranked contender Jonathan “The General” Haggerty of the United Kingdom takes on Taiki “Silent Sniper” Naito of Japan