Jake Paul has offered Conor McGregor 50 million to fight in a video he has released on his social media channels. 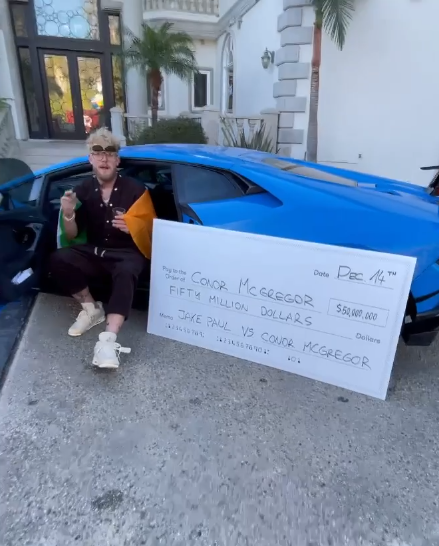 In the video, he states wearing an Irish flag

“My team sent you a $50 million offer this morning – $50 million cash, proof of funds – the biggest offer you’ve ever been offered. But you’re still scared to fight me, Conor. You’re ducking me ‘cause you don’t want to lose to a YouTuber. You’re 0-1 as a boxer. I’m 2-0 as a boxer. I just came off the eighth biggest pay-per-view event in history, but you want to fight Dustin ‘Prober’ who has less followers on Instagram than my dog – that’s a fact.”