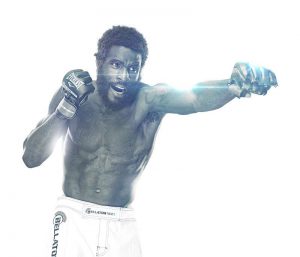 It’s a new year and a new Bellator, after the departure of Bjorn Rebney and Tim Danaher, Viacom brought in former Strikeforce President Scott Coker. Scott has completely changed the landscape of Bellator; Coker started by eliminating the tournaments completely and the amounts of cards in a year, now we are seeing changes across the board from staff to the walk outs and announced yesterday we even have a new ring girl to take a look at theBeautiful Summer Daniels click here.

Bellator is now ready to kick off their first event in 2015 in Southern California wine country inTemecula at the Pechanga Hotel and Casino this Friday airing live on Spike TV and the prelimsairing on spiketv.com.

The main event of the evening will we see a Featherweight title fight between Champion Patricio Pitbull (22-2) vs. Daniel Straus (23-5). This will be the second time these two have faced each other. American top team’s Straus will be looking to avenge loss to Patricio from back in 2011 at Bellator 45. The 30 year old ended up losing by a unanimous decision. Since Straus’s loss he has rebounded in the Bellator cage with an impressive 7-1 record. Straus will be determied to take his Feather weight title belt back which he lost to Pat Curran by spilt decision at Bellator 85.We most recently saw Straus in October where he didn’t waste any time knocking out Justin Wilcox in 50 seconds. Straus sat down with MMAjunkie.com recently and told them this.

The 27 year old Brazilian Patricio Pitbull is coming fresh off his Featherweight title decision win over Pat Curran. He has proven to be a very well rounded fighter, known for his explosive fighting style and willingness to stand and trade on his feat with just about anyone. After Pitbull won his fight to Straus he took on Pat Curran and suffered a devastating split decision loss. He has since rebounded and worked his way back up winning all 5 of his fights and most recently taking on Pat Curran for the second time winning the Belt.

In the Co-main event we have a Featherweight battle between Bubba Jenkins (8-1) vs. Georgi Karakhanyan (23-4-1). Bubba Jenkins may not have the experience that Karakhanyan has but he is defiantly one of Bellators brightest young prospects and has established himself deep in the Feather weight division. The 26 year old is a two-time NCAA All-American wrestler andDivision winner at the national championship at Arizona State University in 2011. Since turning pro in 2011 Jenkins won his first four fights until he faced LaRue Burley in September 2013. He has since gone on a 4 fight win streak, including his latest win over Thiago Meller back in September at Bellator 126.

Georgi Karakhanyan (23-4-1). A Brazilian jiu-jitsu black belt and former WSOF Featherweight Champion, was on a 9 fight win streak until he lost at WSOF 10 to Rick Glen surrendering his title. However, he is now back and ready to put it all on the line returning to the Bellator cage for the first time in 4 years against the wrestling stand out Bubba Jenkins.

Also on the main card we have a Light Heavyweight feature fight between the UFC veteran Houston Alexander(16-10-1) taking on Virgil Zwicker (12-4-1) and to will meet for the second time in the octagon. A little over 3 months ago the 2 went head to head at Bellator 129. Alexander was deducted a point for landing an intentional head butt and in turn the fight ended in a majority draw.

The former UFC fighter Housten Alexander debuted in Bellator in 2013 where he faced off against Vladimir Matyushenko losing by unanimous decision. Next he took on the 41 year old Matt Uhde he was able to get back on the winning track by picking up a TKO (doctor Stoppage) win.

Team Quest’s former Strikeforce fighter Virgil Zwicker (12-4-1) has not been able to pick up a win since 2013. He has fallen victim to the swift submission skills Linton Vassell and his last fight with Alexander turning into a majority Draw and he has only been able to pick up 2 wins out of his last 5 fights

Rounding out the Main events we have a Welterweight affair between two veterans of the cage Fernando Gonzalez (22-13) vs. Marius Zaromskis (20-8). Zaromskis is a former dream Champion hailing from Lithuania. The 34 year old with a 4-2 record under the Bellator banner has got back in the win column after 2 consecutive losses to Andrey Koreshkov and Brent Weedman. He has since picked up a win with a decision victory over Vaughn Anderson.

Fernando “The Menifee Maniac” Gonzalez (22-13) will get a home town advantage on Friday. Gonzalez has won both of his fights since he joined Bellator. In latest fight in October he was very impressive wining a quick TKO in the first round over the former UFC fighter Karo Parisyan.

Bellator will also have 7 exciting fights on the preliminary card, airing on spiketv.com to take a look at them click here.  FSF will be streaming  the complete weigh-ins to watch them click here and will be reporting live from the event on Friday.

The FSF Show starts with a bang, featuring the AFC South in NFL Team Previews. Jack & Piet discuss fantasy options for all 32 NFL teams. You can listen to your team’s breakdown by clicking the link to The FSF Show iTunes page and downloading! As always, ask the guys a question via Twitter, Facebook, or TheFSFShow@gmail.com!

Want to win your fantasy league? Then shut up and listen.